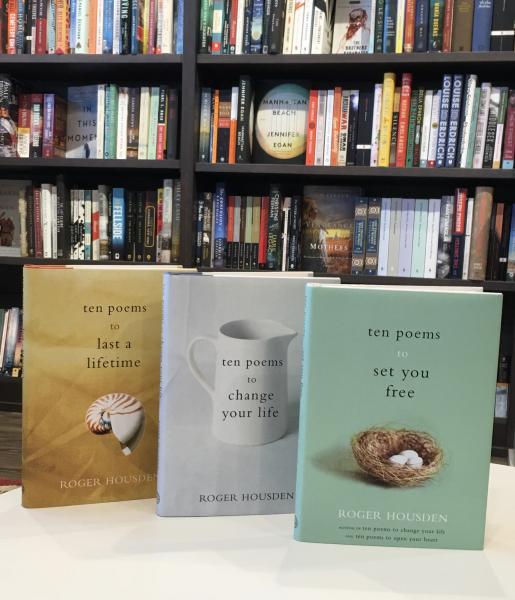 In a Huffington Post blog, Roger Housden, author of the acclaimed Ten Poems series, said: “. . . great poetry has the power to start a fire in a person’s life. It can alter the way we see ourselves. It can change the way we see the world. You may never have read a poem in your life, and yet you can pick up a volume of Mary Oliver say, or Neruda, or of Rumi, open it to any page, and suddenly find yourself blown into a world full of awe, dread, wonder, marvel, deep sorrow, and joy.” He goes on to define poetry as “a magical art” that “welcomes us into a bigger world, one of possibilities we may never have dared to dream of.”

Poetry is the most personal and indirect form of fictional expression. It can tell a story, describe an object or situation, narrate an event, or simply express feelings.

In an interview with the Washington Post, former U.S. Poet Laureate Billy Collins said that poetry must give pleasure to the listener; otherwise, it shouldn’t be read. He went on to say that poetry enjoys “the broadest and deepest and highest and most thrilling level of imaginative freedom of any of the written arts.” He also talked about how poetry connects us to the history of human emotion, and explains why a poem is often read at critical points in our lives—at funerals or weddings or other rituals. “The poem shows us that these emotions, love and grief, have been going on through the centuries; and that the emotion we’re feeling today is not just our emotion, it’s the human emotion.”

National Poetry Month was inaugurated by the Academy of American Poets in 1996. Over the years, the month of April has become the largest literary celebration in the world with schools, publishers, libraries, booksellers, and poets celebrating poetry’s vital place in our culture. Many publishers take advantage of the month to release their poetry titles; many libraries and schools celebrate the art form with special events that inspire young people to engage with poetry, some for the first time. Booksellers have the opportunity to highlight their poetry sections.

At Gramercy Books, while we host a Poetry Night (or two) every month, April ushers in a bounty of poetry-related programs beginning on April 5th with acclaimed former Ohio Poet Laureate Amit Majmudar who will read from his third collection of poems, Dothead, and will present a special “Tour of the Gita,” reading illustrative passages from Godsong: A Verse Translation of the Bhagavad Gita, With Commentary, his expert translation of the ancient religious text. On April 11th, we welcome poet Steve Kuusisto for the launch of his memoir, Have Dog, Will Travel, a lyrical love letter to guide dogs everywhere. Steve is blind and his delightful story shares how his canine, Corky, changed his life and helped him discover a newfound appreciation of travel and independence. (As an aside, Gramercy’s canine mascot, Wally, has chosen Kuusisto’s book, with input from his bookstore family, as his April #WallyReads selection!) 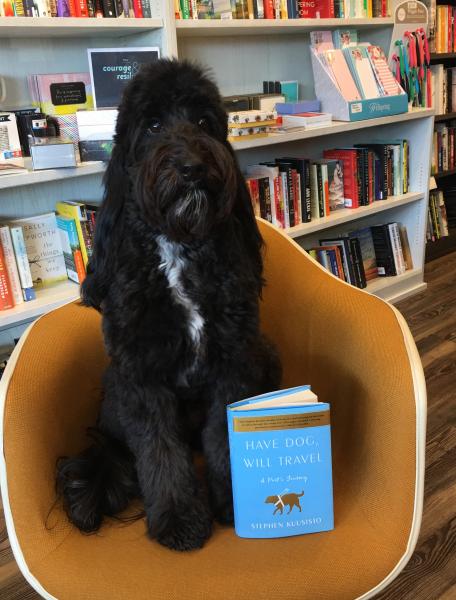 Performance poetry, sometimes referred to as poetry slam, will take the stage at Gramercy on April 19th when we feature poet and artist facilitator Barbara Fant. Known for her engaging, high energy delivery, Barbara has been on four national poetry slam teams from Columbus, and placed 8th out of ninety-six poets in the 2017 Women of the World Poetry Slam. The term “poetry performance” came into popular usage in the 1980s to describe poetry written or composed for performance rather than print distribution, mostly open to improvisation. The National Endowment for the Arts originally placed it within the category of theater before correctly moving it into literature in the 21st century.

Our final Poetry Month event celebrates the work of Pulitzer Prize-winning poet Mary Oliver as the Gramercy Book Club reads Oliver’s Long Life: Essays and Other Writings. This book is Oliver’s personal selection of her best work spanning the more than five decades of her esteemed literary career. The discussion will be facilitated by acclaimed poet and Ohio State University scholar Kathy Fagan.

Stay tuned for another poetry event we couldn’t fit into April: on May 8th, award-winning poet Jeremy Glazier will be in conversation with acclaimed poets and authors David Baker and Ann Townsend about the birth and evolution of Modernism and the nature of the modern lyric poem. This dialogue follows Baker’s book of essays, to which he and Townsend have contributed, called Seek After: On Seven Modern Lyric Poets.

The Rain in Portugal: Poems (Hardcover)

Sailing Alone Around the Room: New and Selected Poems (Paperback)

Godsong: A Verse Translation of the Bhagavad-Gita, with Commentary (Hardcover)

Have Dog, Will Travel: A Poet's Journey (Hardcover)