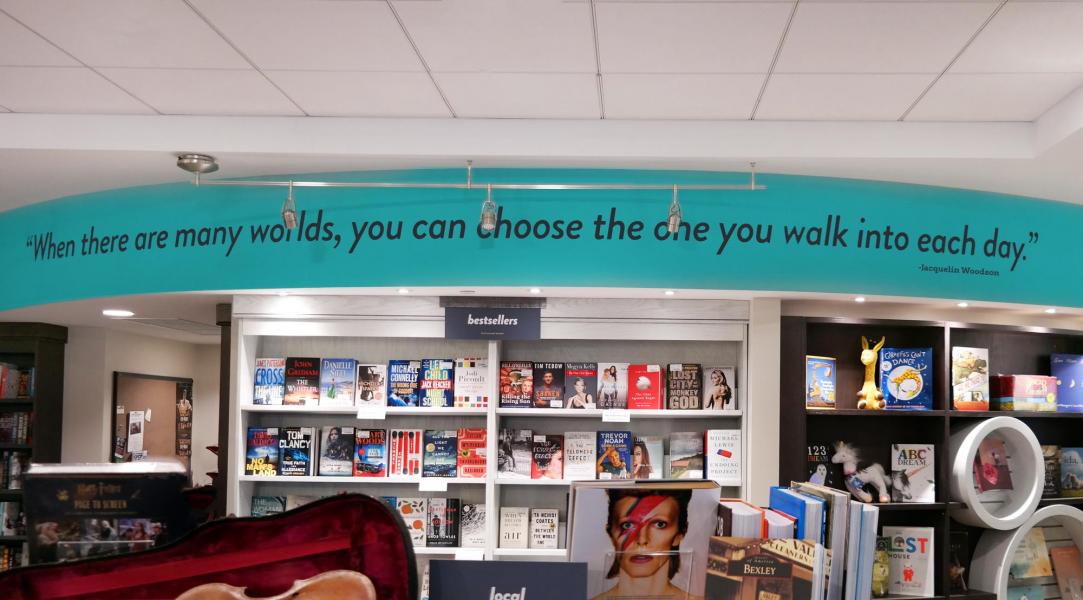 I’m often asked about this journey, about how I got from the dream of owning and operating an indie bookstore to building it from scratch. The short answer: planning. About three years to be exact. After researching bookstores across the country either in person or online, and learning about the elements that produce successful bookstores, I developed my own vision for the store: a warm, welcoming venue for booklovers to gather, greeted by a knowledgeable staff, surrounded by well-curated books and gifts, and inspired by ongoing events featuring authors, poets, songwriters and book discussions. A place of discovery. A place we connect with our community and have a relationship with our customers. To add to the overall Gramercy experience, I wanted the bookstore to include a café and we were able to offer a second location for the popular Kittie’s café and bakery of German Village. In a nutshell, my desire was for Gramercy Books to provide the kind of experience people wanted to have, and wanted to keep returning to.

I’m happy to report that in these twelve months, Gramercy Books has become a destination for central Ohioans with customers coming from not just our Bexley neighborhood, but from Columbus and most of its suburbs. Reaching this milestone is the perfect reason to review our first year and see what we’ve accomplished. Here’s what we found:

Gramercy Books has been open seven days a week since December 12, 2016. Our ongoing event programming began at a Grand Opening Weekend last January, where we featured talks by authors of adult fiction, poetry, and children’s books, and a musical performance by Songs at the Center artists. Experientially driven, we’ve hosted seventy-five unique events (the vast majority held at the store) during the ten months from the Grand Opening through November 30th. Throughout this year, Gramercy Books has partnered with many in the community: Bexley City Schools, Bexley Public Library, Capital University, Community Shelter Board, Drexel Theater, House of Toast poetry group, Mid-Ohio Foodbank, My Special Word Foundation, Ohio State University, Songs at the Center, and Giuseppe’s Ritrovo.

Special events have included a middle grade author festival, a cookbook conversation with Columbus culinary expert Jim Budros culminating in a cooking demonstration for attendees outside the store (where Jim parked his mobile wood-fired pizza oven), readings by a group of renowned poets that honored the 100th birthday of Gwendolyn Brooks, and a Local Author Festival and sidewalk signing for 60 Columbus-area writers over two weekends in August. With the addition of ongoing Songwriter Spotlights (Arkadiy Gips, Sally Fingerett, Eric Gnezda, Keith Larsen and Parker MacDonell), storytelling has been at the heart of the experience found at Gramercy Books.

And to celebrate our birthday, the store invites the public to join us on December 12th for a day that will include cookies, punch, and door prizes. Also that day, the store will have a special surprise for you, our customers, as a thank you for your loyal support.

As we consistently attract a broad attendance at so many of our store events, the American bookseller community and publishing industry has begun to take notice. Gramercy Books calls on the community to continue to be part of its gathering place for discovery, conversation and inspiration. One year in, this singular bookstore is just getting started.