If you’re like me, you feel there’s not enough time in the day and that time passes far too quickly. Then, when something monumental happens, like a birth or seeing the Grand Canyon, or something marks time in a tragic way, like the death of a parent, time ends up slowing down and you feel you are almost moving in slow motion.

Time is the most pervasive element in our lives. Just consider how ubiquitous it is in songs. Besides the example from Steve Miller Band, you may relate to these lyrics in Pink Floyd’s “TIME”: Ticking away the moments that make up a dull day; You fritter and waste the hours in an offhand way. Or in Coldplay’s “CLOCKS”: Confusion never stops; Closing walls and ticking clocks. And, finally, Chicago’s well-known lyrics in a song of the same name: Does anybody really know what time it is? Does anybody really care?

To quote from Jennifer Egan’s Pulitzer Prize-winning novel, A Visit from the Goon Squad: "Time's a goon right? You're gonna let that goon push you around?"

I’ve adopted that very attitude of not letting time rule me. For decades, I’ve tried to organize my time, stretch the hours so to speak, and make present moments last. Ironically, I’ve spent an inordinate amount of time determining when to schedule all my personal and professional activities that fill each and every day. So, given that time, and timing, is always on my mind (another song—by The Rolling Stones), Daniel Pink’s latest book, WHEN: The Scientific Secrets of Perfect Timing, more than piqued my curiosity. 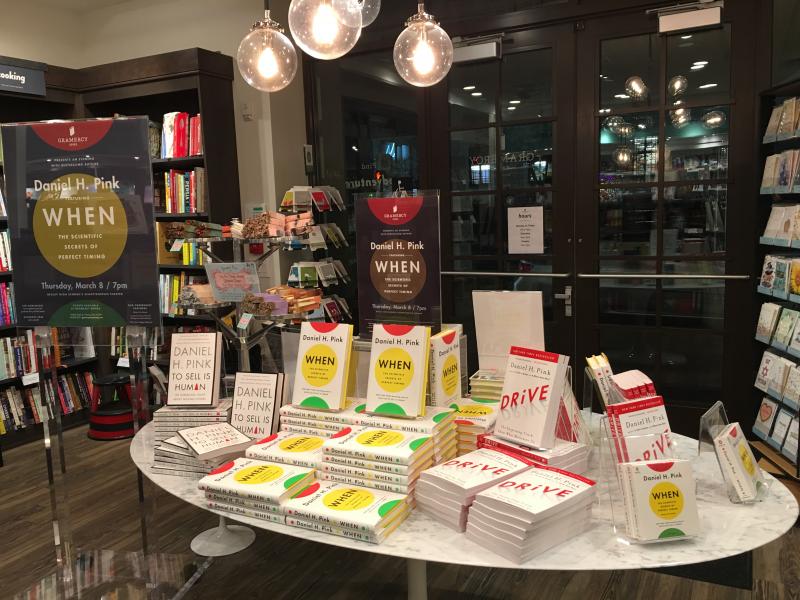 The author of the New York Times bestselling books, Drive and To Sell is Human, Pink set out to explore the role of time and timing in our lives. And he did so by digging into research from social psychology to biology, from neuroscience to economics. In his new book, WHEN, Pink asks us to shift our focus and give when the same weight as what. We think about what we’ll do with our time, how we’ll use time, who we might spend our time with. But we don’t consider when we do things. Pink says the evidence shows that timing is a science with great impact on our lives—playing a role in health and health care, education, the criminal justice system, team success, job performance, and personal happiness. The quality of the decisions we make are closely linked with their timing.

Pink starts his inquiry with time itself, which he says is elusive. “We always want to corral time.” But he reminds us that time is our own creation; that seconds, hours, and weeks are human inventions our ancestors constructed. Of course, the day is real and steady with periods of light and dark, corresponding to the rotation of Earth on its axis. And a year is the time it takes for the planet to make one revolution around the sun. Since the day is the most important way we divide, configure and evaluate our time, Pink explores timing through daily rhythms.

Over the course of a day, our abilities and moods change, often in a regular, foreseeable manner, such that we are “smarter, faster, dimmer, slower, more creative, and less creative in some parts of the day than others.” The overwhelming evidence Pink cites reveals a consistent pattern across people’s waking hours, regardless of culture and geographic location—a peak, a trough, and a recovery—and most people’s days proceed in that order. The peak is typically in the morning when we do our best analytic work. The trough, which emerges about seven hours after waking (that period in the afternoon when we search for a cup of coffee), represents a danger zone for productivity, ethics, and health, and a time Pink suggests we stick to administrative tasks. The rebound period in the late afternoon to early evening is when we might have our greatest insight and be our most creative.

Pink’s research illustrates many specific examples of these ups and downs within our days. In schools, for example, where computers are limited in numbers and children are given standard tests in shifts—some in the morning and some in the afternoon—afternoon testers fare worse than those being tested in the morning. In the afternoons, hospital mishaps increase, vehicle accidents peak, and judges grant less favorable rulings.

Further studies show the value of restorative breaks during the day—particularly those taken with others, detached from phones, that include movement like taking a walk, and take place near nature. Recess and lunch breaks matter. “The science of breaks is actually pretty remarkable — they are so important to our productivity, our creativity, our overall sense of well-being,” says Pink. When surgical teams pause to regroup before a procedure, patients benefit. Students score higher on tests after recess. Judges become less harsh in their rulings after a snack.

Pink also looks at how different stages—beginnings, midpoints, and endings—affect our behavior. Research indicates the importance, for example, of temporal landmarks: the beginning of a new week or semester or year is often seen as a time to start fresh and people are more likely to, for example, visit the gym or lose weight. He notes the significance and lasting advantage of strong beginnings, cites the evidence of midpoint slumps in our performance or motivation, and points to the power of endings, when we “sharpen our existential red pencils and scratch out anyone or anything nonessential.” 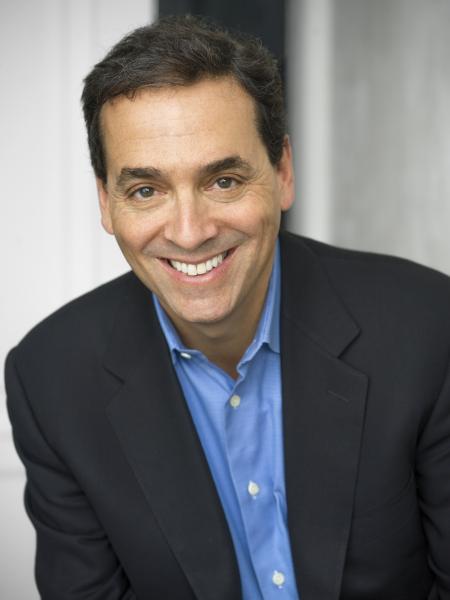 Pink’s research even shows how time works in teams—and the extraordinary benefits resulting in participating in teams that synchronize in time, like choirs or rowing teams. As a long-distance cyclist riding within a peloton, much like my neighbors walking or running in groups, I can attest to this anecdotally. Says Pink, “Coordinating with other people, being in sync with other people, is fundamentally human and we have a propensity for that.” Pink calls choral singing “the new exercise” at the physiological and psychological level. For cancer patients, it increases the immune system and improves mood; for children, it leads to more prosocial behavior.

Much has been said about living in the present moment, and “mindfulness” is an oft-used phrase today. The word suggests that the mind is fully attending to what’s happening, so that we’re fully present in whatever we’re doing. Mindfulness and meditation are both tactics suggested by psychologists and other behavioral practitioners to keep us from letting ourselves get distracted by, engrossed in, and anxious from what’s going on around us. Pink provides studies that suggest the path to a life of meaning and significance isn’t to live only in the present “as so many spiritual gurus have advised,” but to “integrate our perspectives on time into a coherent whole in order to comprehend who we are and why we’re here.”

For Dan Pink, to quote Miles Davis as he did in the book’s epigraph: “Time isn’t the main thing. It’s the only thing.”

Gramercy Books presents An Evening with Daniel Pink on March 8th, 7 pm. to be held at Bexley High School’s Schottenstein Theatre. General admission of $10 can be applied toward the purchase of any of Pink’s books. Call the store at 614.867.5515 for tickets, free to students with a valid student ID.

When: The Scientific Secrets of Perfect Timing (Hardcover)

Drive: The Surprising Truth About What Motivates Us (Paperback)

To Sell Is Human: The Surprising Truth About Moving Others (Paperback)