At Gramercy Books, we sell many books that have been adapted for the screen. Like you, I am sometimes disappointed by the film version of a favorite novel so I asked a film scholar what characteristics in books might appeal to a filmmaker. “What makes a good book is often not what makes a good film,” says Jonathan Sherman, Associate Professor of Film at Kenyon College. “The richness of the prose in literary fiction often doesn’t work for film unless there is a great character there.”

Sherman cites journalist Lionel Shriver as a writer with polished prose and tight stories that translate well. We Need to Talk About Kevin, a novel loosely parallel to the Columbine murders, won the Orange Prize for Fiction in 2005 and was adapted into the 2011 film of the same name, starring Tilda Swinton. Sherman believes true stories or novels based on true stories often work best in film, where the storytelling is straightforward. He says dialogue, rather than reliance on description, is what is needed to move the narrative forward. “Characters must be clearly etched but not too complicated or too nuanced to translate to a strong screenplay.” The Amazing Adventures of Kavalier and Clay by Michael Chabon, one of Sherman’s favorites, is an example of a novel that he says would not translate well to film. “The scope is too big, it jumps around in time, it’s hard to condense the plot.” Chabon’s Pulitzer Prize-winning novel offers an epic vision of mid-century America—filled with comic books, the Holocaust, World War II, American suburbia after the war, censorship, homosexuality, magic, art, and romance—and all its strengths as a literary marvel, Sherman explains, work against an adaptation to the screen.

Filmmakers must determine the point of view from which the story is told. He or she must consider how to translate first person. “You don’t want voice-over for a film if you can avoid it,” Sherman says. “An unreliable narrator is also tough to translate. There must be clarity as to whose story it is.” A screenwriter has to be willing to simplify the plot and cut out scenes from the book. Sherman says a filmmaker asks if there is a strong protagonist and a strong antagonist, and some literary work may not have a true antagonist. “If the book doesn’t have it, the screenwriter invents it." So a World War II film can’t just have the Nazis as the antagonist, but needs one character to embody that enemy.

In April, three acclaimed books adapted for the screen will be in theaters nationwide: two are nonfiction, one is a children’s novel, and one is adult fiction. Read these books, view their film adaptations, and decide which meet Jonathan Sherman’s criteria.

The Zookeeper’s Wife, by noted nature writer Diane Ackerman, came out to much acclaim in 2007 (W. W. Norton). It unfolds the true story of how the keepers of the Warsaw Zoo saved hundreds of people from the Nazis during World War II by hiding them in empty animal cages. Released on March 31 several weeks ahead of Holocaust Remembrance Day, the film stars Jessica Chastain as Antonina Zabinski, the zookeeper’s wife. 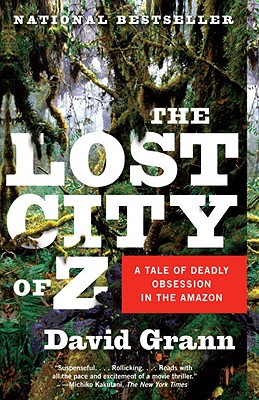 In 1925, the legendary British explorer Percy Fawcett ventured into the Amazon jungle, in search of a fabled civilization. He never returned. Over the years, countless perished trying to find evidence of his party and this elusive place. The Lost City of Z is the spellbinding book written by journalist David Grann that was translated to the film of the same name. Grann interweaves the stories of Fawcett’s quest for “Z” and his own journey into the deadly jungle, as he unravels the greatest exploration mystery of the 20th century. Charlie Hunnam plays Fawcett; James Gray directs the film, set for an April 21 release. 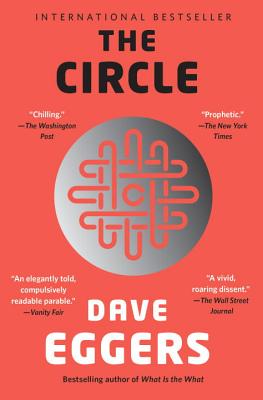 In The Circle, based on Dave Eggers' 2013 science fiction novel, a Google-like tech company links users’ personal emails, social media accounts, banking, and purchasing with their universal operating system, resulting in one online identity and a new age of civility and transparency. When Mae Holland (Emma Watson) is hired to work there, she feels she’s been given the opportunity of a lifetime. But what begins as the captivating story of one woman’s ambition and idealism soon becomes a heart-racing novel of suspense, raising questions about memory, history, privacy, democracy, and the limits of human knowledge. Also starring Tom Hanks and John Boyega, directed by James Ponsoldt, The Circle will be in theaters on April 28.

About the author: I began my career as a magazine writer and correspondent for regional and national publications. My debut novel, Tasa’s Song, was inspired by my mother’s early life in eastern Poland during the Second World War, and won a Bronze Medal for Historical Fiction from the Independent Publisher Award Program. I am now the proud owner of Gramercy Books, central Ohio’s newest indie bookstore!