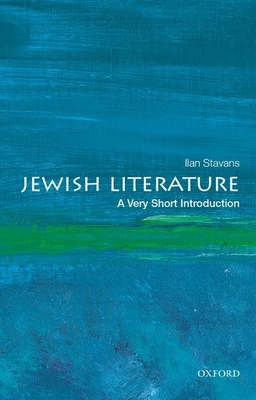 The story of Jewish literature is a kaleidoscopic one, multilingual and transnational in character, spanning the globe as well as the centuries. In this broad, thought-provoking introduction to Jewish literature from 1492 to the present, cultural historian Ilan Stavans focuses on its multilingual and transnational nature. Stavans presents a wide range of traditions within Jewish literature and the variety of writers who made those traditions possible. Represented are writers as dissimilar as Luis de Carvajal the Younger, Franz Kafka, Bruno Schulz, Isaac Babel, Anzia Yezierska, Elias Canetti, Isaac Bashevis Singer, Irving Howe, Clarice Lispector, Susan Sontag, Philip Roth, Grace Paley, Amos Oz, Moacyr Scliar, and David Grossman. The story of Jewish literature spans the globe as well as the centuries, from the marrano poets and memorialists of medieval Spain, to the sprawling Yiddish writing in Ashkenaz (the "Pale of Settlement' in Eastern Europe), to the probing narratives of Jewish immigrants to the United States and other parts of the New World. It also examines the accounts of horror during the Holocaust, the work of Israeli authors since the creation of the Jewish State in 1948, and the "ingathering" of Jewish works in Brazil, Bulgaria, Argentina, and South Africa at the end of the twentieth century. This kaleidoscopic introduction to Jewish literature presents its subject matter as constantly changing and adapting.

Ilan Stavans is Lewis-Sebring Professor of Humanities, Latin American and Latino Culture at Amherst College. His books include How Yiddish Changed America and How America Changed Yiddish and Oy, Caramba!: An Anthology of Jewish Stories from Latin American, and he is the editor of The Oxford Book of Jewish Stories. His worked has been translated into twenty languages and has been adapted for film, TV, radio, and theater.