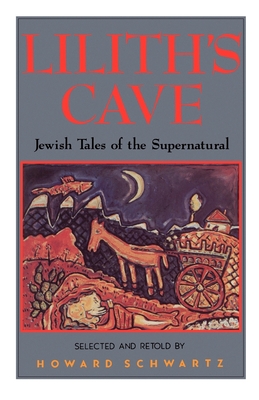 Once upon a time in the city of Tunis, a flirtatious young girl was drawn into Lilith's dangerous web by glancing repeatedly at herself in the mirror. It seems that a demon daughter of the legendary Lilith had made her home in the mirror and would soon completely possess the unsuspecting girl. Such tales of terror and the supernatural occupy an honored position in the Jewish folkloric tradition.
Howard Schwartz has superbly translated and retold fifty of the best of these folktales, now collected into one volume for the first time. Gathered from countless sources ranging from the ancient Middle East to twelfth-century Germany and later Eastern European oral tradition, these captivating stories include Jewish variants of the Pandora and Persephone myths and of such famous folktales as "The Fisherman and His Wife," "The Sorcerer's Apprentice," and "Bluebeard," as well as several tales from the Middle Ages that have never before been published.
Focusing on crucial turning points in life--birth, marriage, and death--the tales feature wandering spirits, marriage with demons, werewolves, speaking heads, possession by dybbuks (souls of the dead who enter the bodies of the living), and every other kind of supernatural adversary. Readers will encounter a carpenter who is haunted when he makes a violin from the wood of a coffin; a wife who saves herself from the demoness her husband has inadvertently married by agreeing to share him for an hour each day; and the age-old tale of Lilith, Adam's first wife, who refused to submit to him and instead banished herself from the Garden of Eden to give birth to the demons of the world.
Drawn from Rabbinic sources, medieval Jewish folklore, Hasidic texts, and oral tradition, these stories will equally entrance readers of Jewish literature and those with an affection for fantasy and the supernatural.

Howard Schwartz has written and edited many books on Jewish subjects, including Elijah's Violin & Other Jewish Fairy Tales, Gates to the New City, Voices Within the Ark, and the award-winning The Captive Soul of the Messiah.Uri Shulevitz is an internationally-known, award-winning author and illustrator of over twenty-five books, including One Monday Morning and Writing with Pictures.