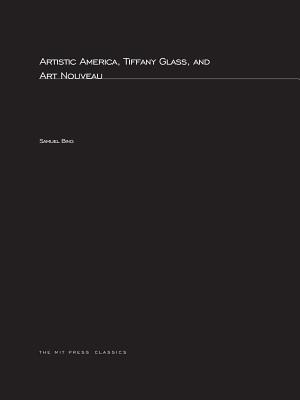 This book is a collection of published writings of Samuel Bing, a Parisian art dealer whose Salon de l'Art Nouveau not only gave the name but was pivotal to the movement that generated an international style. The essays include Artistic America ( La Culture Artistique en Amerique, translated for the first time by Benita Eisler), an article on "Louis C. Tiffany's Coloured Glass Work," and two articles on "L'Art Nouveau." A devoted japoniste, Bing sought to bring about a renaissance in interior design and the decorative arts. He championed young craftsmen and artist-decorators and encouraged them to break away from prescribed formulas. Bing's patronage, his articles on Art Nouveau, and the displays of furniture, tapestry, and glass (he was the sole distributor of Tiffany glass in Europe) gave impetus to and provided direction for the cultural tendencies of his time. Robert Koch, an authority on Tiffany glass and Louis C. Tiffany's biographer, has compiled over one hundred superb illustrations, including some previously unpublished pictures of the 1900 Tiffany exhibit in Paris.

Artistic America, the major portion of this book, was originally published as a report to the French government of a trip Samuel Bing made to America in the early 1890s. His fresh and forthright observations on American painting, sculpture, architecture, and industrial arts make this a singular piece.

The translation preserves Bing's florid Belle Epoque style-the pomposities and eccentricities of a European art merchant who disdains American eclecticism and bad taste, yet who is most enthusiastic about interiors and the industrial arts in which he discerns American genius everywhere--in the boldness of conception and use of the most up-to-date machinery to produce practical household objects of silver, glass, wrought iron, and ceramics" The collective spirit of the New World workshops strikes him as a reflection of American democracy.