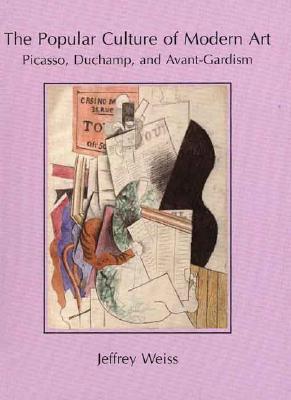 By Jeffrey Weiss
Email or call for price
Out of Print

This is a fascinating exploration of the deeply ambiguous relationship between modern art and popular culture, focusing on the work of Picasso and Duchamp in France in the first two decades of this century. Analyzing art, criticism, and popular culture of the period, Jeffrey Weiss shows that the elements of parody and irony that occurred throughout the avant-garde movement greatly influenced public perception - and miscomprehension - of new art. Linking Picasso's innovations in cubist collage to the puns and topical jokes of the music-hall and theatrical revue, Weiss also links Duchamp's readymades and Large Glass to hoaxes in the daily papers. He shows that cubist and futurist styles were put to parodic use in caricature, advertising, stage design and other forms of popular visual culture, and were often interpreted in the press as examples of flagrant self-publicity. The cultural assimilation of avant-garde art, not often considered in histories of modernism, ultimately mirrors the role of the comic in Picasso and Duchamp.