The Fanfiction Reader: Folk Tales for the Digital Age (Hardcover) 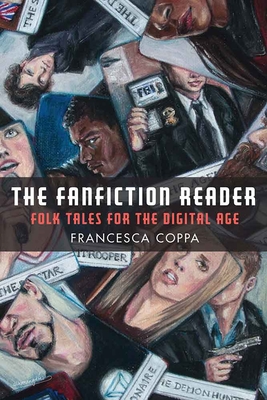 By Francesca Coppa
$75.00
Email or call for price.

Written originally as a fanfiction for the series Twilight, the popularity of Fifty Shades of Grey has made obvious what was always clear to fans and literary scholars alike: that it is an essential human activity to read and retell epic stories of famous heroic characters. The Fanfiction Reader showcases the extent to which the archetypal storytelling exemplified by fanfiction has continuities with older forms: the communal tale-telling cultures of the past and the remix cultures of the present have much in common. Short stories that draw on franchises such as Star Trek, Star Wars, Doctor Who, James Bond, and others are accompanied by short contextual and analytical essays wherein Coppa treats fanfiction—a genre primarily written by women and minorities—as a rich literary tradition in which non-mainstream themes and values can thrive.

Francesca Coppa is Professor of English and Film Studies at Muhlenberg College.

“As someone who has taught fanfiction for years, I can say that for instructors who do not wish to deal with the thorny issues of internet fanfiction ‘in the wild’ but want to give students the opportunity to discuss and learn from it, this volume will be a boon.”
—Anne Jamison, Associate Professor of Literature, University of Utah


“The Fanfiction Reader is an invaluable resource for anyone teaching fan studies. This book offers students a much-needed cohesive and contextualized selection of fanfiction stories and a starting point to broach conversations about the ethics of analyzing fic in light of its growing visibility in digital culture.”
—Suzanne Scott, Assistant Professor of Media Studies. University of Texas–Austin