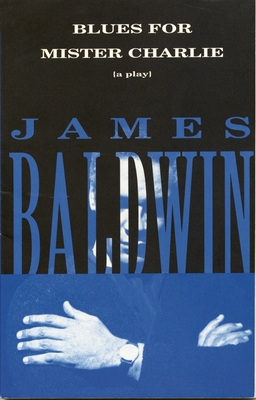 In a small Southern town, a white man murders a black man, then throws his body in the weeds. With this act of violence--which is loosely based on the notorious 1955 killing of Emmett Till--James Baldwin launches an unsparing and at times agonizing probe of the wounds of race.

For where once a white storekeeper could have shot a "boy" like Richard Henry with impunity, times have changed. And centuries of brutality and fear, patronage and contempt, are about to erupt in a moment of truth as devastating as a shotgun blast.

In his award-winning play, Baldwin turns a murder and its aftermath into an inquest in which even the most well-intentioned whites are implicated--and in which even a killer receives his share of compassion.

James Baldwin (1924–1987) was a novelist, essayist, playwright, poet, and social critic. His first novel, Go Tell It on the Mountain, appeared in 1953 to excellent reviews, and his essay collections Notes of a Native Son and The Fire Next Time were bestsellers that made him an influential figure in the growing civil rights movement. Baldwin spent much of his life in France, where he moved to escape the racism and homophobia of the United States. He died in France in 1987, a year after being made a Commander of the French Legion of Honor.

"A play with fires of fury in its belly, tears of anguish in its eyes, a roar of protest in its throat." —The New York Times