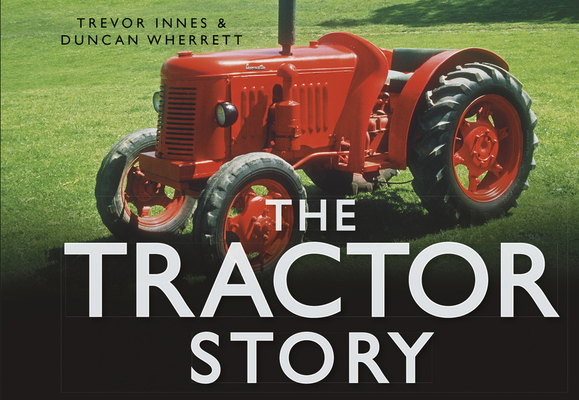 By Duncan Wherrett, Trevor Innes
$18.95
Email or call for price.

From the steam engine to the turbo diesel—more than 100 years of tractor development More than 70 different tractors are shown in this photographic history, many in action and in many different countries. It traces their development from the first steam engines on wheels which used belts to drive farm machinery and developed into traction engines, used on farms by pulling a plough on cables between two engines. Moving into the 20th century, it discusses stationary internal combustion engines which began to be put on wheels and moved around a farm to drive threshing machines by belt. Firms like Allis-Chalmers, Benz, Lloyd, Jelbart, Glasgow, Fordson, Bates, and Hart-Parr are remembered, famous names which have faded away or been taken over. A few companies, such as Case and Massey, started in the middle of the 19th century and continue today on a global scale. John Deere started making ploughs in 1837 and is now the largest manufacturer in the world. Developments which have caused a giant leap forward are discussed, such as the use of rubber pneumatic tires rather than metal wheels, turbo-charged diesel engines, and the hydraulic three-point hitch system designed by Ferguson, which is still used today in some form on most modern machines.

Duncan Wherrett is a professional photographer. Trevor Innes is the author of Tractor Heritage.