A Dark and Stormy Oeuvre: Crime, Magic and Power in the Novels of Edward Bulwer-Lytton (Paperback) 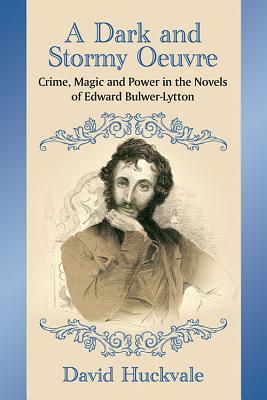 Edward Bulwer-Lytton--who coined the terms ""the great unwashed"" and ""the pen is mightier than the sword""--is best remembered for persuading Dickens to change the ending of Great Expectations; but Lord Lytton was a prolific and influential novelist in his own right, inspiring Edgar Allan Poe, H. Rider Haggard and Madame Blavatsky, among others. His radicalism was applauded by William Godwin, the father of both Mary Shelley and the anarchist movement, and his ideas about power foreshadowed those of Friedrich Nietzsche. Fascinated by crime, Bulwer-Lytton was an outspoken critic of his society, both in his novels and throughout his political career. Equally fascinated by paranormal phenomena, he wrote two of the most important occult fantasies in English literature and set the agenda of the Society for Psychical Research. His historical romance The Last Days of Pompeii has inspired several movies and a star-studded television series, while his stately home at Knebworth has provided brooding Gothic backdrops for many other films. This book covers Bulwer-Lytton's novels in detail, exploring their influence on writers and film makers and, via Richard Wagner's operatic adaptation of Rienzi, the catastrophe of Adolf Hitler.

David Huckvale has worked as a researcher, writer and presenter for BBC Radio and as a lecturer for various universities in England. He lives in rural Bedfordshire.