Companion to James Welch's The Heartsong of Charging Elk (Hardcover) 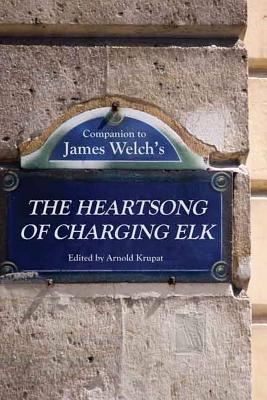 James Welch was one of the central figures in twentieth-century American Indian literature, and The Heartsong of Charging Elk is of particular importance as the culminating novel in his canon. A historical novel, Heartsong follows a Lakota (Sioux) man at the end of the nineteenth century as he travels with Buffalo Bill’s Wild West show; is left behind in Marseille, France; and then struggles to overcome many hardships, including a charge for murder. In this novel Welch conveys some of the lifeways and language of a traditional Sioux. Here for the first time is a literary companion to James Welch’s Heartsong that includes an unpublished chapter of the first draft of the novel; selections from interviews with the author; a memoir by the author’s widow, Lois Welch; and essays by leading scholars in the field on a wide range of topics. The rich resources presented here make this volume an essential addition to the study of James Welch and twentieth-century Native American literature.

Arnold Krupat is a professor emeritus of global studies and literature at Sarah Lawrence College. He is the author of numerous books, including “That the People Might Live”: Loss and Renewal in Native American Elegy; All That Remains: Varieties of Indigenous Expression (Nebraska, 2009); and The Turn to the Native: Studies in Criticism and Culture (Nebraska, 1996).

"The Companion offers a cogent and fresh context for previously published key scholarly and nonscholarly perspectives on the novel, as well as significant new contributions."—Lydia R. Cooper, American Indian Quarterly

“As the final novel of one of the most significant writers of the twentieth century, The Heartsong of Charging Elk is immensely important. This valuable collection honors that legacy. By turns thought provoking, funny, and provocative, the essays in [this book] comprise a noteworthy contribution to Native American studies scholarship.”—Lisa Tatonetti, author of The Queerness of Native American Literature

“Some of today’s most prominent scholars in Native American literature have contributed to this first-of-its-kind volume on James Welch’s last novel. Such a collection is essential to exploring the tremendous impact of Welch’s work within American literature as a whole.”—Lionel Larré, editor of John Milton Oskison’s Tales of the Old Indian Territory and associate professor of English at the Université Michel de Montaigne Bordeaux 3