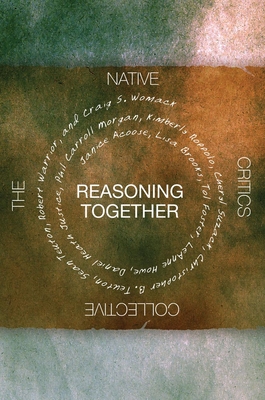 Janice Acoose infuses a Cree reading of Canadian Cree literature with a creative turn to Cree language; Lisa Brooks looks at eighteenth- and early-nineteenth-century Native writers and discovers little-known networks among them; Tol Foster argues for a regional approach to Native studies that can include unlikely subjects such as Will Rogers; LeAnne Howe creates a fictional character, Embarrassed Grief, whose problematic authenticity opens up literary debates; Daniel Heath Justice takes on two prominent critics who see mixed-blood identities differently than he does in relation to kinship; Phillip Carroll Morgan uncovers written Choctaw literary criticism from the 1830s on the subject of oral performance; Kimberly Roppolo advocates an intertribal rhetoric that can form a linguistic foundation for criticism. Cheryl Suzack situates feminist theories within Native culture with an eye to applying them to subjugated groups across Indian Country; Christopher B. Teuton organizes Native literary criticism into three modes based on community awareness; Sean Teuton opens up new sites for literary performance inside prisons with Native inmates; Robert Warrior wants literary analysis to consider the challenges of eroticism; Craig S. Womack introduces the book by historicizing book-length Native-authored criticism published between 1986 and 1997, and he concludes the volume with an essay on theorizing experience.

Reasoning Together proposes nothing less than a paradigm shift in American Indian literary criticism, closing the gap between theory and activism by situating Native literature in real-life experiences and tribal histories. It is an accessible collection that will suit a wide range of courses--and will educate and energize anyone engaged in criticism of Native literature.