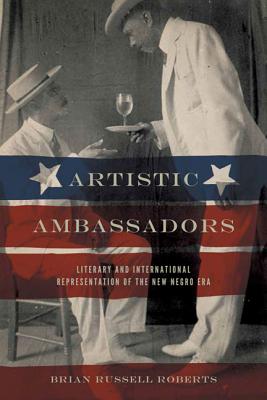 During the first generation of black participation in U.S. diplomacy in the late nineteenth and early twentieth centuries, a vibrant community of African American writers and cultural figures worked as U.S. representatives abroad. Through the literary and diplomatic dossiers of figures such as Frederick Douglass, James Weldon Johnson, Archibald and Angelina Grimk , W. E. B. Du Bois, Ida Gibbs Hunt, and Richard Wright, Brian Roberts shows how the intersection of black aesthetic trends and U.S. political culture both Americanized and internationalized the trope of the New Negro. This decades-long relationship began during the days of Reconstruction, and it flourished as U.S. presidents courted and rewarded their black voting constituencies by appointing black men as consuls and ministers to such locales as Liberia, Haiti, Madagascar, and Venezuela. These appointments changed the complexion of U.S. interactions with nations and colonies of color; in turn, state-sponsored black travel gave rise to literary works that imported international representation into New Negro discourse on aesthetics, race, and African American culture.

Beyond offering a narrative of the formative dialogue between black transnationalism and U.S. international diplomacy, Artistic Ambassadors also illuminates a broader literary culture that reached both black and white America as well as the black diaspora and the wider world of people of color. In light of the U.S. appointments of its first two black secretaries of state and the election of its first black president, this complex representational legacy has continued relevance to our understanding of current American internationalism.