Democracy on the Wall: Street Art of the Post-Dictatorship Era in Chile (Global Latin/o Americas) (Paperback) 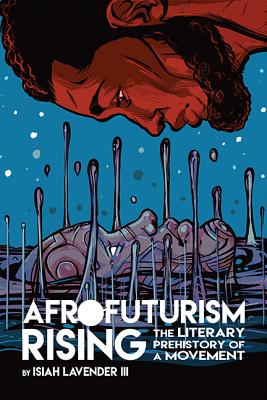 By Guisela Latorre
$29.95
Email or call for price.

Guisela Latorre’s Democracy on the Wall: Street Art of the Post-Dictatorship Era in Chile documents and critically deconstructs the explosion of street art that emerged in Chile after the dictatorship of Augusto Pinochet, providing the first broad analysis of the visual vocabulary of Chile’s murals and graffiti while addressing the historical, social, and political context for this public art in Chile post-1990.

Exploring the resurgence and impact of the muralist brigades, women graffiti artists, the phenomenon of “open-sky museums,” and the transnational impact on the development of Chilean street art, Latorre argues that mural and graffiti artists are enacting a “visual democracy,” a form of artistic praxis that seeks to create alternative images to those produced by institutions of power. Keenly aware of Latin America’s colonial legacy and deeply flawed democratic processes, and distrustful of hegemonic discourses promoted by government and corporate media, the artists in Democracy on the Wall utilize graffiti and muralism as an alternative means of public communication, one that does not serve capitalist or nationalist interests. Latorre posits that through these urban interventions that combine creativity with social action, Chilean street artists formulate visions of what a true democracy looks like.

Guisela Latorre is Associate Professor at The Ohio State University and the author of Walls of Empowerment: Chicana/o Indigenist Murals of California.

“A cutting-edge piece of art history, hybridized with cultural studies, and shaped by U.S. people of color studies, attentive in a serious way to the historical and cultural context in which muralism and graffiti art arise and make sense in Chile.” —Laura E. Peréz


“A detailed, incisive, intelligent, and well-argued exploration of visual politics in Chile that explores the way muralists, grafiteros, and other urban artists have inserted their aesthetics into the urban landscape. Not only is Latorre a savvy, patient sleuth but her dialogues with artists and audiences offer the reader precious historical context.” —Ilan Stavans