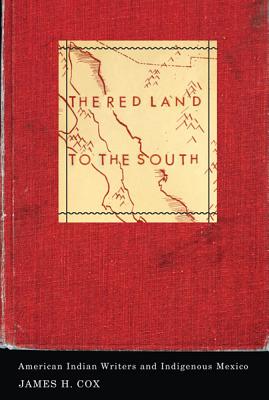 The forty years of American Indian literature taken up by James H. Cox—the decades between 1920 and 1960—have been called politically and intellectually moribund. On the contrary, Cox identifies a group of American Indian writers who share an interest in the revolutionary potential of the indigenous peoples of Mexico—and whose work demonstrates a surprisingly assertive literary politics in the era.

By contextualizing this group of American Indian authors in the work of their contemporaries, Cox reveals how the literary history of this period is far more rich and nuanced than is generally acknowledged. The writers he focuses on—Todd Downing (Choctaw), Lynn Riggs (Cherokee), and D’Arcy McNickle (Confederated Salish and Kootenai)—are shown to be on par with writers of the preceding Progressive and the succeeding Red Power and Native American literary renaissance eras.

Arguing that American Indian literary history of this period actually coheres in exciting ways with the literature of the Native American literary renaissance, Cox repudiates the intellectual and political border that has emerged between the two eras.

"In this refreshing, much-needed study, James H. Cox crosses colonialist borders to show how mid-twentieth-century indigenous writers from the United States envisioned Mexico and Mexican indigeneity. With an elegantly focused critical eye and a rigorous sense of cultural politics, Cox uncovers a transnational indigenous gaze that cultural and literary critics have often evaded or felt at a loss to understand. The Red Land to the South will provoke a host of conversations about American Indian writing and its desire to understand Indianness in ways at once transnational and local." —Robert Dale Parker, author of Critical Theory: A Reader for Literary and Cultural Studies