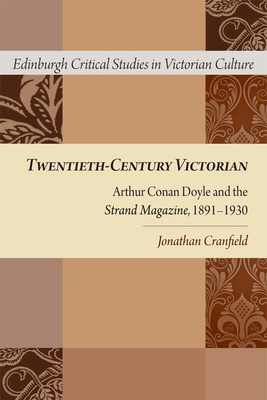 By Jonathan Cranfield
$33.95
Email or call for price.

You know Arthur Conan Doyle as the stereotypically 'Victorian' author of the Sherlock Holmes stories which, on the lavishly-illustrated pages of the Strand Magazine, captivated and defined the late nineteenth-century marketplace for popular fiction and magazine publishing. This book tells the story of that relationship and the aftermath its enormous success as author and publication sought to shepherd their determinedly Victorian audience through the problems and crises of the early twentieth century. Here you can discover the Conan Doyle who used his public platform to fight for divorce reform, for the rights of colonised peoples, for State welfare programmes, for the abolition of blood sports and who, even in his last years, foresaw the coming of the Second World War, the Cold War and the age of weapons of mass destruction. The twentieth-century Conan Doyle was not a man with his eyes fixed upon the past but determinedly responding to a changing world with as much vigour and commitment as any modernist writer.