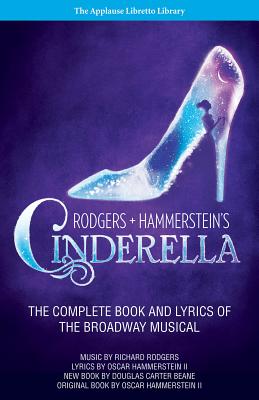 Music by Richard Rodgers Lyrics by Oscar Hammerstein II New book by Douglas Carter Beane Original book by Oscar Hammerstein II In March 2013, a new Rodgers and Hammerstein musical opened on Broadway - new to Broadway, but based on a TV musical first written nearly 60 years before, and beloved by audiences all over the world. It was Rodgers + Hammerstein's Cinderella, which very quickly became the belle of the ball of the Broadway season, winning cheers for its fresh take on a timeless classic. Douglas Carter Beane created a new, Tony-nominated book that was hailed for complementing the inspirational themes of Rodgers and Hammerstein with a 21st-century sensibility, giving the musical new characters, surprising plot twists, and revelatory moments that harkened back to the Charles Perrault version of the fairy tale. The score was cheered as well: the familiar songs from the television versions - In My Own Little Corner Impossible A Lovely Night Do I Love You Because You're Beautiful and so on - along with undiscovered gems from the trunk. Rodgers + Hammerstein's Cinderella was hailed by the Associated Press as a charming, witty and relevant take on the classic story and cheered by New York magazine as a wised-up, wit-spackled CINDERELLA... As solidly entertaining as they come.