Behind the Scenes (Hardcover) 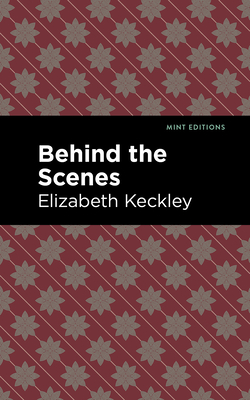 Elizabeth Keckley reveals the hardships of slavery and the changing political climate in Washington amongst the country's most powerful couple, Abraham and Mary Lincoln. Keckley had unprecedented access, giving insight into their state during and after the Civil War.

Elizabeth Keckley was born into slavery and experienced a traumatic upbringing riddled with physical and sexual violence. One attack resulted in the birth of her son, whom she named George. Elizabeth was a gifted seamstress who used her skills to save money to buy her and her son's freedom. She ventured North and started a career as a dressmaker to influential women in political circles. One of her most notable clients was Mary Todd Lincoln, with whom she developed a close friendship.

Behind the Scenes is a harrowing story of one woman's unshakable drive. Despite her limiting circumstances, Elizabeth Keckley earned her freedom and became a successful entrepreneur. It's an inspiring tale that provides a personal account of one of the most volatile times in American history.

With an eye-catching new cover, and professionally typeset manuscript, this edition of Behind the Scenes is both modern and readable.