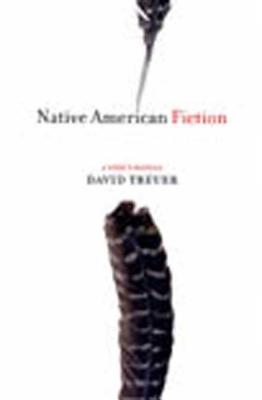 Rather than create a comprehensive cultural and historical genealogy for Native American literature, David Treuer investigates a selection of the most important Native American novels and, with a novelist's eye and a critic's mind, examines the intricate process of understanding literature on its own terms.

Native American Fiction: A User's Manual is speculative, witty, engaging, and written for the inquisitive reader. These essays—on Sherman Alexie, Forrest Carter, James Fenimore Cooper, Louise Erdrich, Leslie Marmon Silko, and James Welch—are rallying cries for the need to read literature as literature and, ultimately, reassert the importance and primacy of the word.

DAVID TREUER is Ojibwe from the Leech Lake Reservation in northern Minnesota. He is the award-winning author of the novels, Little and The Hiawatha. He teaches literature and creative writing at the University of Minnesota.

“[David Treuer] is mounting a challenge to the whole idea of Indian identity as depicted by both Native and white writers.” —The New York Times

“Treuer. . . executes a searing examination of such beloved authors as Louise Erdrich and Sherman Alexie. His conclusion: 'Native American Fiction does not exist.' ” —The Washington Post Book World

“His challenge to his readers is to judge Native American writers by the literary quality of their effort, their originality, and the power of their language, not by their origins or by any attempt to discover authenticity.” —Magill's Literary Annual