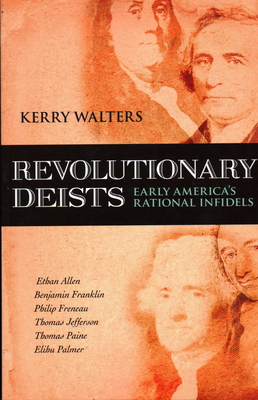 This illuminating discussion of deism in the early American colonies presents an overview of its main tenets, showing how its influence rose swiftly and for a time became a highly controversial subject of debate among the first citizens of our nation. The deists were students of the Enlightenment and took a keen interest in the scientific study of nature. They were thus critical of orthodox Christianity for its superstitious belief in miracles, persecution of dissent, and suppression of independent thought and expression.

At the heart of his book are profiles of six "rational infidels," most of whom are quite familiar to Americans as founding fathers or colonial patriots: Benjamin Franklin (the ambivalent deist), Thomas Jefferson (a critic of Christian supernaturalism but an admirer of its ethics), Ethan Allen (the rough-edged "frontier deist"), Thomas Paine (the arch iconoclast and author of The Age of Reason), Elihu Palmer (the tireless crusader for deism and perhaps its most influential proponent), and Philip Freneau (a poet whose popular verses combined deism with early romanticism).

This is a fascinating study of America’s first culture war, one that in many ways has continued to this day.

Kerry Walters (Gettysburg, PA) is the William Bittinger Chair of Philosophy at Gettysburg College. He is the author or editor of nineteen books and more than one hundred articles.