The Martyrdom of Man, The Outcast, and The Veil Of Isis; or, Mysteries of the Druids (Hardcover) 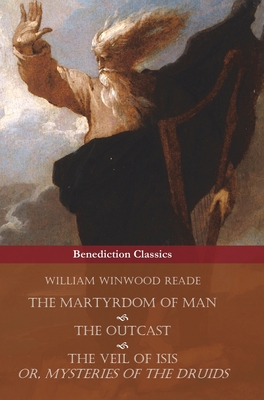 "In each generation the human race has been tortured that their children might profit by their woes. Our own prosperity is founded on the agonies of the past."

The Matyrdom of Man (1872) was one of the most controversial books of its day, slated by critics yet becoming a bestseller for a Victorian audience as much enthralled by its triumphant depiction of the power of human progress as they were shocked by its rejection of Christianity as an essential part of civilisation. An eloquent whirlwind tour of the entirety of human history, its author William Winwood Reade (1838-1875), failed novelist and would-be explorer, intended to apply the principles of Darwinism to the story of humankind; winning lasting favour in the twentieth century with admirers such as Arthur Conan Doyle and Winston Churchill. The Outcast (1875) is a semi-autobiographical tale, depicting the struggle of one man to come to terms with his loss of faith in the midst of a Christian society. The Veil of Isis (1861) is Reade's own interpretation of British religion, past and present, as he attempts to differentiate between the myth and reality of the enigmatic Druids.