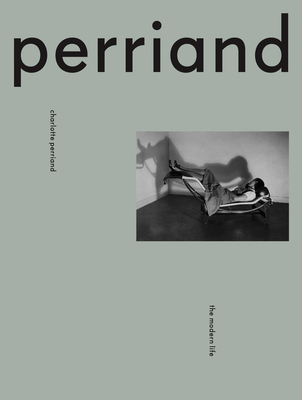 An affordable, concise survey on the influential modernist designer's interiors, buildings, furniture and more, from a sawtooth ski resort to sculptural chaises longues

From the onset of her career, Charlotte Perriand was a maverick who believed in good design as a force for the betterment of society. Many young designers would be devastated by a rejection from Le Corbusier's studio, but when the great architect told her they had no use for a female furniture designer, Perriand only became more determined to prove her mettle as an artist. Under Le Corbusier, and long after she left his studio, Perriand's contributions to both furniture design and architecture demonstrated a unique attention to the organic artistry of nature as well as the egalitarian possibilities of the machine age. Her leftwing populist politics motivated much of her work, from modular furniture systems to major architectural projects.

This monograph explores Perriand's most famous interiors, original furniture and architectural projects, as well as her never-before-seen sketchbooks, shedding new light on her creative process and place in design history. Charlotte Perriand (1903-99) experienced the first breakthrough in her career with Le Bar sous le toit, a 1927 interior design piece that predicted the elegant minimalism and utilitarian nature of her future work. Although today she is perhaps best known for her early chaise longue designs, Perriand also created the plans for a number of major buildings across Europe and contributed interior designs to Le Corbusier's Unit d'habitation. She worked in places as diverse as Tokyo, Rio de Janeiro and London in her pursuit of accessible design.