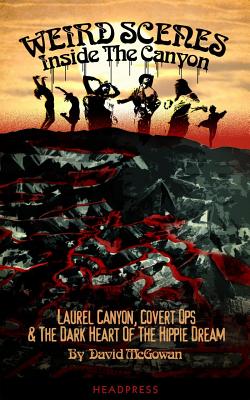 As a native Angeleno who was born in 1960 and came of age in the 1970s, the music produced by the artists who populate this book provided the soundtrack to my youth, so it is a subject matter that is close to my heart. But what really set the hook was discovering, early on in my research, that there were a number of aspects of the Laurel Canyon scene that didn't really seem to fit in with the prevailing image of a hippie utopia that was ostensibly all about peace and love.
Having grown up right alongside this scene, I was shocked to learn that I didn't even know that it had existed at all And after asking around, I discovered that no one else that I know in this city did either. After the passage of nearly 50 years, it seemed that this was a story that was long overdue for greater exposure.
Even more overdue, it seemed to me, was an expose of some of the hidden truths of Laurel Canyon. Though a few books exploring the scene have popped up over the last several years, all of them have a certain sameness to them, with the same stories told in much the same way. I felt it was time to tell a different version of the story -- the one that can be found hiding in the details that are usually left out or glossed over.