Notes From A Swing State: Writing from Wales and America (Paperback) 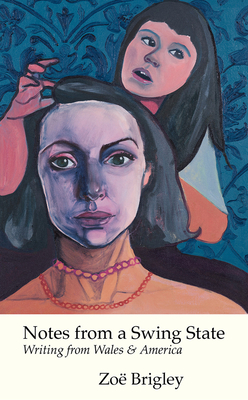 From the acclaimed poet and writer, Zoë Brigley, comes a timely meditation on America. These creative nonfiction and craft essays cover the possibilities of girls and girlhood, motherhood, violence at home and abroad, violence against women, the consolation in writing, trauma, and redemption. Other topics covered include the writer’s English family, Halloween in America, and guns. The essays often use popular and literary culture as jumping off points: for example Alun Lewis’s love letters, the film Breakfast at Tiffany’s, David Bowie, or John Burnside’s writings about his abusive father.

Zoë Brigley (also Zoë Brigley Thompson), originally from Wales, is an Assistant Professor at the Ohio State University. She has two poetry collections The Secret (2007) and Conquest (2012). Her third poetry collection, Hand and Skull, will be published in the UK in 2019. She also edited the volume Feminism, Literature and Rape Narratives (2010). She is currently editing the Bloomsbury Guide to Contemporary Poetry in the United Kingdom and Ireland.