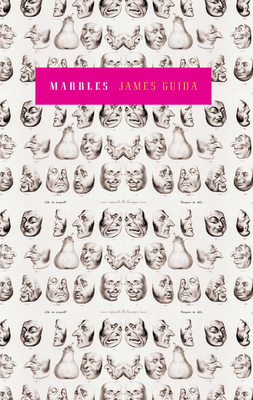 Short and sweet. . . . The pleasure of Guida's aphorisms is the way they illuminate the ridiculous, childlike, or reckless nature of our actions while simultaneously convincing us that we wouldn't know nearly as much about ourselves and others without our errors.--The Second Pass

It takes a rare gift to write in the aphoristic form, which must be witty and modest at once, and must state in a fresh, arresting way observations which the reader will recognize at once as true. It goes without saying that the aphorist must work out of an unusual perceptiveness and self-knowledge, and I am grateful to James Guida for this book which I have read from start to finish and shall read again.--Richard Wilbur

James Guida tells us with Marbles that he is a contemplative observer of the small stuff and the big stuff, that he is the character who sits silently and notices what most pass over. But his aphorisms don't relate detachment from society. They are involved, intentionally touching and engaging contemporary orthodoxies from the inside rather than the outside. Marbles is condensed wisdom that feels light and digestible, sweet on the tongue with the occasional biting dash of pepper to straighten the spine. . . . The observations] deposit themselves in the psyche one strike at a time, each one having made their own pattern in the air and at the same time alluding to the spectres of the form that thrived for centuries before them.--True/Slant

Part of the pleasure in reading these philosophical sayings comes from Guida's style. He's got plenty and comments on it. 'Speculation on style: great lucidity conceals an acute experience or sense of loss.' The native Australian brings a literary, even poetic accent to his axioms and the writing abounds with cosmopolitan lan (he was formerly an assistant to the legendary editor Jonathan Galassi. Like Oscar Wilde, Guida cultivates wryness. . . . Inventive and imaginative, erudite and atmospheric, Guida seizes us with his perceptive musings.--The Brooklyn Rail

The writing of ahporisms seems a lost art today . . . Marbles is] full of thought-provoking sayings: some clever, some sad, some funny, some scathing.--The New Yorker's Book Bench blog

Author James Guida revives an old form, the aphorism, but turns his eye to twenty-first-century scenarios. The comedy of internet dating, e-mail fiascos, and improvised postmodern mores are featured here. Whatever the subject, Guida's conclusions are independent-minded and travel against the grain. This is a collection of lucid, whimsical, wise, succinct, and sometimes biting musings by a young Australian living in New York.

James Guida was born in Philadelphia in 1978, and grew up in Australia. He has written for various publications, including Agni, Orion, and The Yale Review.