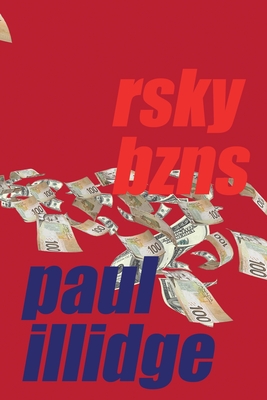 In the footsteps of Catch Me If You Can and The Wolf of Wall Street . . .

RSKY BZNS is the incredible true story of the charming rogue swindler John James Illidge, whose proclivity for investment fraud culminates in a $100 million con of several dozen unsuspecting clients (among them his own mother and wife) who never saw a dime of their money again.

On the run, Illidge flees to his older brother Paul's house, living with him and his three children for the next six months, during which time Paul, a writer and investigative journalist-who has been keeping track of his brother's exploits for years-begins documenting the ongoing frauds, aiding and abetting them, or so it seems, by typing up John's stock agreements on his computer, then proposing a plan to his brother whereby he would impersonate John, fly to the Cayman Islands and retrieve $7 million, $5 million going to John, $2 million to Paul for his services.

Fearing the authorities may be closing in, the impersonation plan is put on hold when John moves out suddenly to live with his girlfriend in another city. His way of saying thanks to his brother for the free hospitality? Setting him up in a car fraud that will send him to jail for five years if caught. He gets caught.

RSKY BZNS is the book Paul Illidge writes describing his brother's crimes, both business and personal, in order to come up with an answer to the questions people are continually asking: What made your brother go bad? Why is he leading a life of crime? What will it take to stop him?