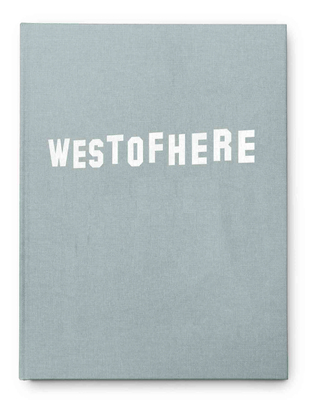 By Leonardo Magrelli, Mirjam Kooiman (Contribution by)
$45.00
Currently Not Available In Store - Usually Available for Shipping or Curbside Pickup in 1-5 Days

All the images in this work derive from wallpapers and screenshots taken by different users while playing Grand Theft Auto V --a videogame set in Los Santos, an "open world" scenario that closely resembles Los Angels and its surroundings. Thus, the city of the Studios, of Hollywood and film industry, becomes itself a staged set and a virtual replica, a duplicate of its original. This work explores whether is it possible to photograph a virtual place, what it means to do so, and the question of authorship. It is also intended as a tribute to a long series of great photographers who worked in Los Angeles widely throughout the second half of the past century. With their own perspectives, these artists all contributed to the creation of an image of a city that is still vivid and lasting - one that is mimicked, simulated, and photographed in this project.

Born in Rome in 1989, Leonardo Magrelli holds a BA in Design and Architecture from "La Sapienza" university in Rome. In 2010, he began collaborating with Rome's International Photography Festival and with the photography publishing house, Punctum Press. In 2014, he began primarily focusing on his own personal work. His works have been published in several printed and online photography magazines, and they have been displayed in collective exhibitions and festivals. In 2017, he became part of the collective, Vaste Programme, together with Giulia Vigna and Alessandro Tini.