Lex Rex: The Law and the King (Christian Heritage) (Paperback) 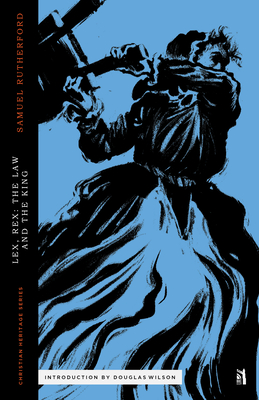 "A man commanding unjustly and ruling tyrannically has in that no power from God."

When Lex, Rex was written, the Reformation in England and Scotland was in crisis. The English Civil War had just begun after Charles I tried to impose popish rituals on the church and asserted his divine right as king to overrule parliament. Against these grandiose claims the Scottish pastor Samuel Rutherford wrote a book and changed western political philosophy forever as it led to the thinking that enabled the American revolution. In his very learned work, Rutherford shows from Scripture, classical authors, and scholastic theologians that the king is not above the law; and that when the king violates it flagrantly, the people are right to resist him, even to the point of war. The title Lex Rex is Latin for "Law is King". Divine right theorists had said that the King was the law, but Rutherford reverses this and shows that natural law is above the king, and thus there are times when citizens can and must obey God rather than man.

"Rutherford was a practical and pastoral theologian who could soar to great heights of glorious consolation. . . But Rutherford was also a bare-knuckle brawler who was clearly able to hold his own in the theological bar fight that was the seventeenth century. You are now holding in your hands the evidence of that." Introduction by Douglas Wilson