Cleopatra: Daughter of the Nile (Paperback) 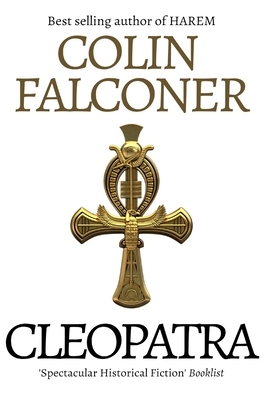 'Spectacular historical fiction blazing with intrigue, romance and dramatic action.'- Booklist Alexandria, 51 BC Cleopatra is barely more than a girl when she inherits an empire stretching from the scorched deserts of lower Egypt to the shining Mediterranean metropolis of Alexandria, with its famed library and lighthouse. But it is Rome, not Egypt, that rules the world. Cleopatra's rule is constantly imperilled by court conspiracies and Roman treachery. She survives at first through her alliance with the great Julius Caesar, a wily politician and battle-hardened general with a weakness for women; and then through her relationship with the charismatic but reckless Marc Anthony. The stakes in the deadly game could not be higher; the winner will not only lay claim to the empires of Rome and Egypt, but the destiny of the western world for thousands of years to come... This is the riveting story of Egypt's last and greatest queen - and the two men who almost helped her change the entire course of history as we know it. Cleopatra was originally published in the US as When We Were Gods, and has since been translated into seven languages. This 2020 edition corrects previous transcription issues in the Kindle version.