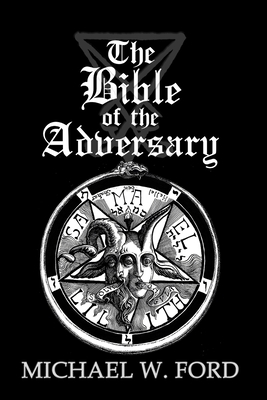 Adversarial Flame 10th Anniversary Edition 2007-2017The Bible of the Adversary "Adversarial Flame" 10th Anniversary Edition is both a philosophical introduction and self-initiatory grimoire of Luciferian Magick. Published originally in 2007, The Bible of the Adversary provided a modern unification and clarification of the Left Hand Path initiatory power recognized as "The Adversary" and Luciferianism. The Adversarial Flame edition presents a completely re-edited and expanded grimoire which begins with the 11 Points of Power and the philosophical foundations; guiding the reader into the depths of darkness and by using Will, Desire and Belief, illuminating the Black Flame or Light within. Illustrated by J.G.A. Sabogal (from the Spanish edition), Mitchell Nolte and Kitti Solymosi, the Adversarial Flame edition will continue to be a guide to the Luciferian and Adversarial Spirit for years to come. Features: -Philosophy of Luciferianism from the 11 Points of Power to the Laws of Belial.-Types of Luciferian Magick including Yatuk Dinoih (Persian Ahrimanian Sorcery) and Therionick (Low Sorcery), Vampyre and Apotheosis (High Magick).-Symbols and Sigils of Lucifer, Satan, Lilith, Samael and Lilith explained.-Techniques of strengthening the Mind via Meditation, Discipline and focus of Will. -Ceremonies and Rituals of Luciferianism which focus on Liberation, Illumination and Apotheosis.-Ceremonies and Luciferian "Holidays" including Marriage, Destruction and Burial workings.-Sigils, Illustrations and representations of Luciferian and Ahrimanic Deities, Demons and Spiritual Energies which are known as "Deific Masks" for which the Black Adept invokes and uses to enhance by way of Liberation, Illumination and Apotheosis.

Michael W. Ford's publications are offered as grimoires which unveil the Luciferian Tradition which includes a rational philosophy as a foundation of Left-Hand Path Magick and Spirituality. Each book presents a deeply researched, developed and refined initiatory teachings which reveal the real nature of "forbidden" Luciferian, Satanic and Vampyre Magick. Ford's books have been translated and published in Spanish, French, German and Serbian, with even more publications being prepared now by different publishers.