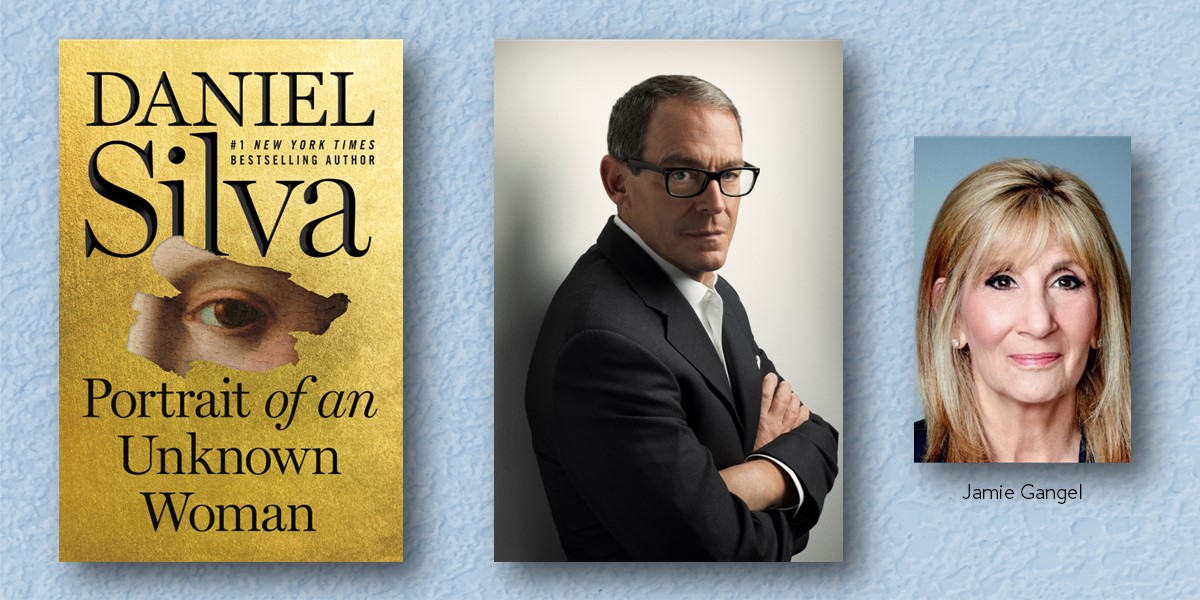 In partnership with Books & Books/Miami Book Fair and participating indie booksellers, Gramercy Books is proud to co-host a conversation between award-winning and #1 bestselling author Daniel Silva and his wife, CNN special correspondent Jamie Gangel, to celebrate the publication of Portrait of an Unknown Woman, a fast-paced heist thriller combining art and high finance.

Registration for this event is on Eventbrite. A ticket includes Silva’s book and is $32, including tax.

A gripping story of deception in the world of international fine art. Restorer and spy Gabriel Allon embarks on a dangerous hunt across Europe for the secret behind the forgery of a 17th-century masterpiece that has fooled experts and exchanged hands for millions. Bestselling author Daniel Silva follows up his acclaimed #1 New York Times bestsellers The Cellist, The Order and The New Girl with this stunning new novel.

Daniel Silva is the award-winning, #1 New York Times bestselling author of The Unlikely Spy, The Mark of the Assassin, The Marching Season, The Kill Artist, The English Assassin, The Confessor, A Death in Vienna, Prince of Fire, The Messenger, The Secret Servant, Moscow Rules, The Defector, The Rembrandt Affair, Portrait of a Spy, The Fallen Angel, The English Girl, The Heist, The English Spy, The Black Widow, House of Spies, The Other Woman, The New Girl, and The Order.  He is best known for his long-running thriller series starring spy and art restorer Gabriel Allon. Silva’s books are critically acclaimed bestsellers around the world and have been translated into more than 30 languages. He resides in Florida with his wife, television journalist Jamie Gangel, and their twins, Lily and Nicholas.

Jamie Gangel is an award-winning special correspondent at CNN covering politics and breaking news. Prior to that, Gangel was at NBC News and spent nearly two decades as National Correspondent for TODAY, covering a variety of issues, from popular culture to hard news. She is married to Daniel Silva.

Portrait of an Unknown Woman: A Novel (Hardcover)