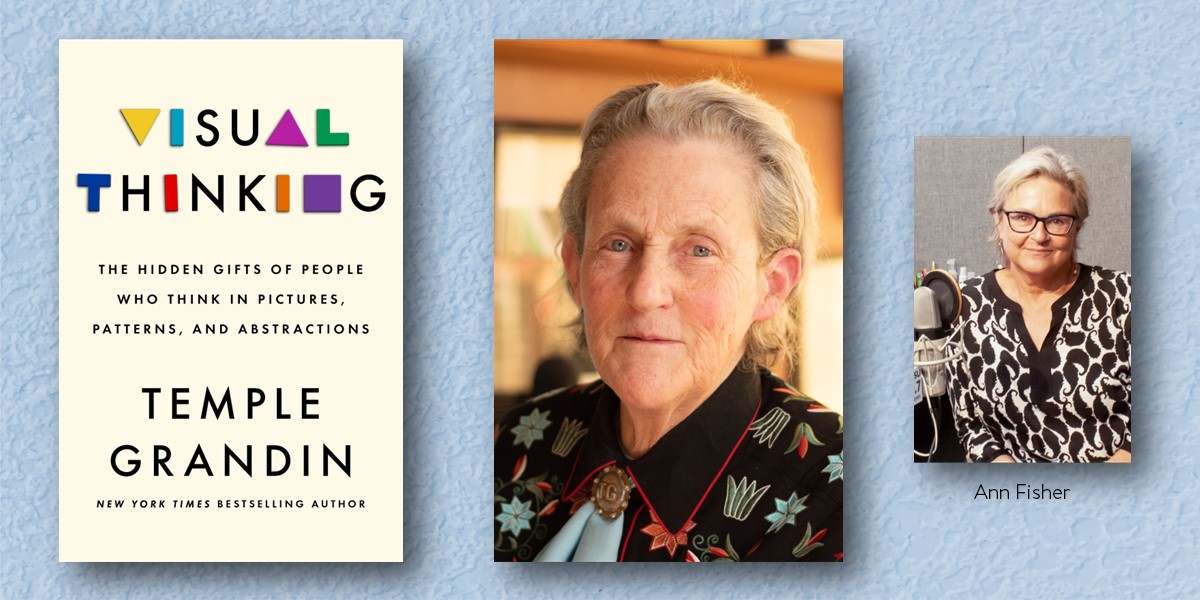 Join iconic scientist, autism advocate, and animal rights pioneer Temple Grandin in an exclusive afternoon program as she launches her landmark book, Visual Thinking, that reveals, celebrates, and advocates for the special minds and contributions of visual thinkers. Grandin will be in conversation with WOSU Public Media’s Ann Fisher.

Registration for this in-person program is on Eventbrite. A ticket includes a copy of Visual Thinking and is $30 with tax.

A quarter of a century after her memoir, Thinking in Pictures, forever changed how the world understood autism, Temple Grandin—the “anthropologist from Mars,” as Oliver Sacks dubbed her—transforms our awareness of the different ways our brains are wired. Do you have a keen sense of direction, a love of puzzles, the ability to assemble IKEA furniture without crying? You are likely a visual thinker.

With her genius for demystifying science, Grandin draws on cutting-edge research to take us inside visual thinking. Visual thinkers constitute a far greater proportion of the population than previously believed, she reveals, and a more varied one, from the purest “object visualizers” like Grandin herself, with their intuitive knack for design and problem solving, to the abstract, mathematically inclined “visual spatial” thinkers who excel in pattern recognition and systemic thinking. She also makes us understand how a world increasingly geared to the verbal tends to sideline visual thinkers, screening them out at school and passing over them in the workplace. Rather than continuing to waste their singular gifts, driving a collective loss in productivity and innovation, Grandin proposes new approaches to educating, parenting, employing, and collaborating with visual thinkers. In a highly competitive world, this important book helps us see, we need every mind on board.

Temple Grandin is a professor of animal science at Colorado State University and the author of the New York Times bestsellers Animals in Translation, Animals Make Us Human, The Autistic Brain, and Thinking in Pictures, which became an HBO movie starring Claire Danes. Dr. Grandin has been a pioneer in improving the welfare of farm animals as well as an outspoken advocate for the autism community. She resides in Fort Collins, Colorado.

Ann Fisher is the host and executive producer of All Sides with Ann Fisher. She joined WOSU Public Media in 2009 after nearly thirty years in the newspaper business, covering politics, public affairs, culture, media, and business over the course of her career at The Grand Rapids Press, The Blade in Toledo, and Columbus Dispatch. A native of Michigan, Ann earned a B.S. in journalism at Michigan State University and lives in Worthington with her husband, Jeff Martin, and son, Liam.

Visual Thinking: The Hidden Gifts of People Who Think in Pictures, Patterns, and Abstractions (Hardcover)