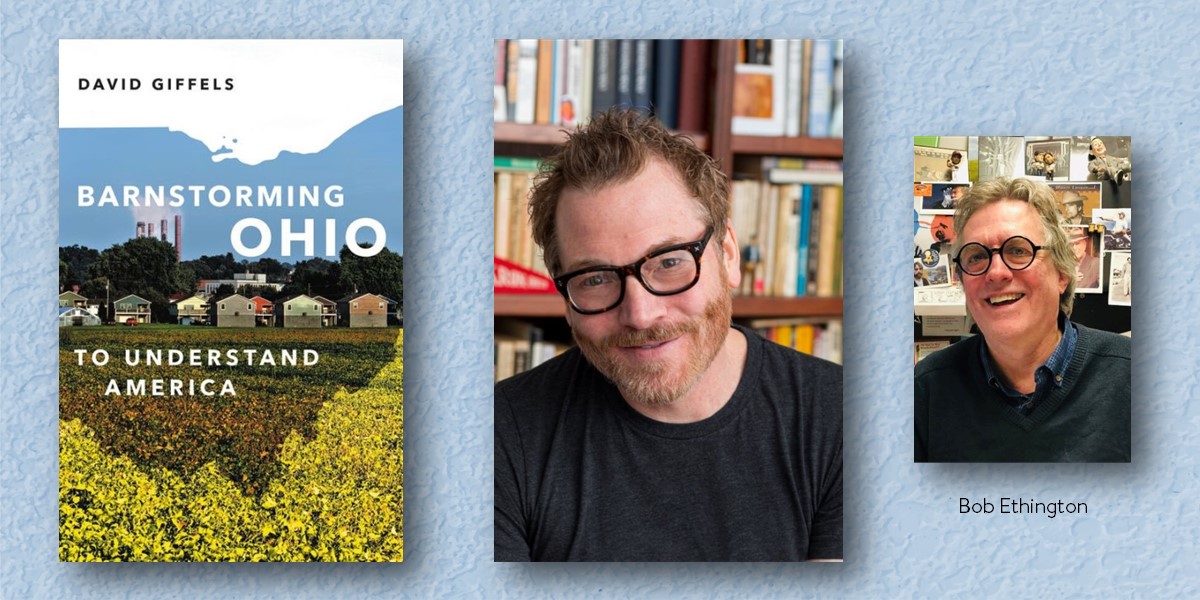 Join author David Giffels as he discusses his latest book, Barnstorming Ohio: To Understand America with Robert Ethington, retired Manager of Culture & AV at Akron Summit County Main Library. Based on a year traveling throughout our state, Giffels interviewed a wide variety of Ohioans and visited people and places that offer valuable reflections of the national questions and concerns. Ohio is famous as a "bellwether" state, and its citizens' hopes, fears, challenges, and divisions reflect those of the nation as a whole as we face economic instability, the opioid epidemic, racial tensions, and the COVID-19 pandemic.

This program is a partnership with Bexley Public Library and is a free event. To register, click HERE.

David Giffels, called the “The Bard of Akron” by the New York Times, has written six books of nonfiction, including the critically acclaimed memoir, Furnishing Eternity: A Father, a Son, a Coffin, and a Measure of Life and The Hard Way on Purpose: Essays and Dispatches From the Rust Belt, each named as a New York Times Book Review “Editors’ Choice.” The Hard Way on Purpose was alsoa nominee for the PEN/Diamonstein-Spielvogel Award for the Art of the Essay. His memoir All the Way Home was a winner of the Ohioana Book Award.

A former Akron Beacon Journal columnist, Giffels’ writing has appeared in The New York Times Magazine, the Atlantic.com, Parade, The Wall Street Journal, Esquire.com, Grantland.com, The Iowa Review, and many other publications. He also wrote for the MTV series Beavis and Butt-Head. His awards include the Cleveland Arts Prize for literature, the Ohio Arts Council Individual Excellence Award, and a General Excellence award from National Society of Newspaper Columnists. He was selected as the Cuyahoga County Public Library Writer in Residence for 2018-2019. Giffels is a professor of English at the University of Akron, where he teaches creative nonfiction in the Northeast Ohio Master of Fine Arts Program.