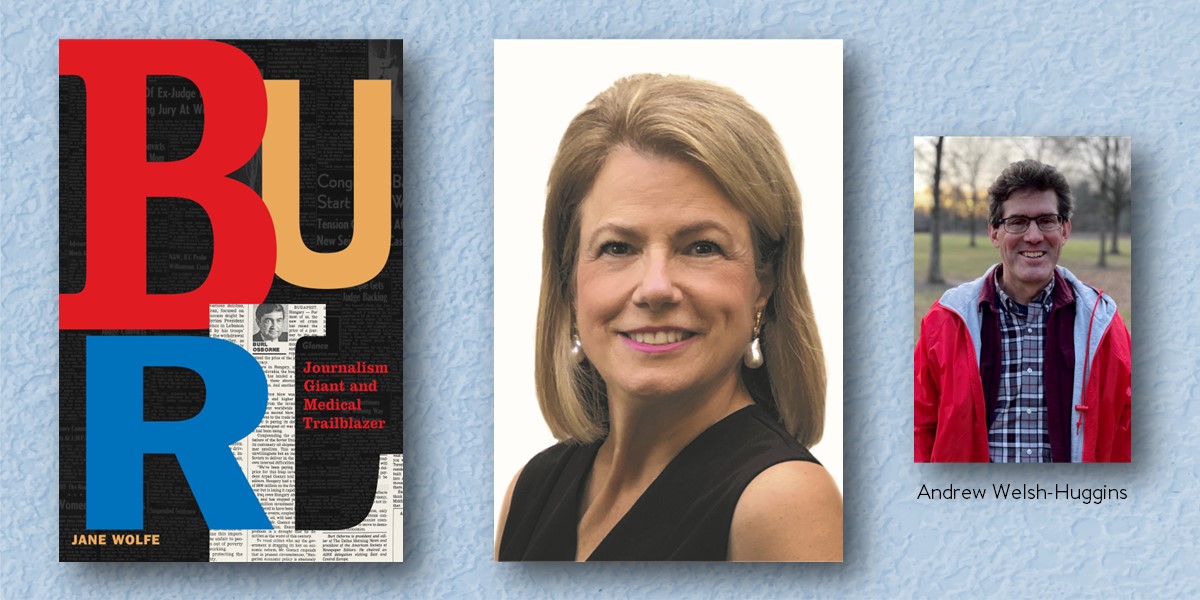 Join Columbus native and bestselling biographer Jane Wolfe as she shares her latest book, Burl: Journalism Giant and Medical Trailblazer, the riveting biography of the former chairman of The Associated Press and publisher of The Dallas Morning News, who waged and won one of the last great newspaper wars in the U.S. Jane will be in conversation with AP journalist and author Andrew Welsh-Huggins.

Registration for this in-person event is on Eventbrite. The purchase of Burl waives the $5 admission fee. Registration closes at 6 pm the day of the event.

THE OHIO STATE UNIVERSITY SCHOOL OF COMMUNICATION is Gramercy’s Community Partner for this program.

Burl is the story of one man’s unlikely rise from the coal mines of Appalachia to the pinnacle of journalism. After being diagnosed with a fatal kidney disease as a child, Burl Osborne pioneered home dialysis treatment and became the 130th person to undergo a live kidney transplant in 1966—then an unproven, high-risk operation. While managing his challenging illness, Burl distinguished himself early as a writer and reporter with The Associated Press, eventually rising to the top of the wire service’s executive ranks. Then, against the advice of his colleagues and the newspaper’s own doctors, he sought an even greater challenge: joining The Dallas Morning News to lead the fight in one of America’s last great newspaper wars.

Throughout his life and career, he garnered respect from business and political leaders, reporters, editors, and publishers around the country. Burl thrusts readers into the improbable and remarkable life of a man at the forefront of both medicine and a golden age of journalism.

Andrew Welsh-Huggins is a reporter for the Associated Press in Columbus, Ohio, and the Nero Award–finalist author of seven mysteries from Swallow Press featuring Andy Hayes, a former Ohio State and Cleveland Browns quarterback turned private eye. Welsh-Huggins is also the editor of Columbus Noir (Akashic Books) and his short fiction has appeared in publications including Ellery Queen Mystery Magazine, Mystery Weekly, and Mystery Tribune. His stand-alone suspense thriller, The End of The Road, arrives from Mysterious Press in the summer of 2023. Welsh-Huggins’ nonfiction book No Winners Here Tonight (Ohio University Press) is the definitive history of the death penalty in Ohio.