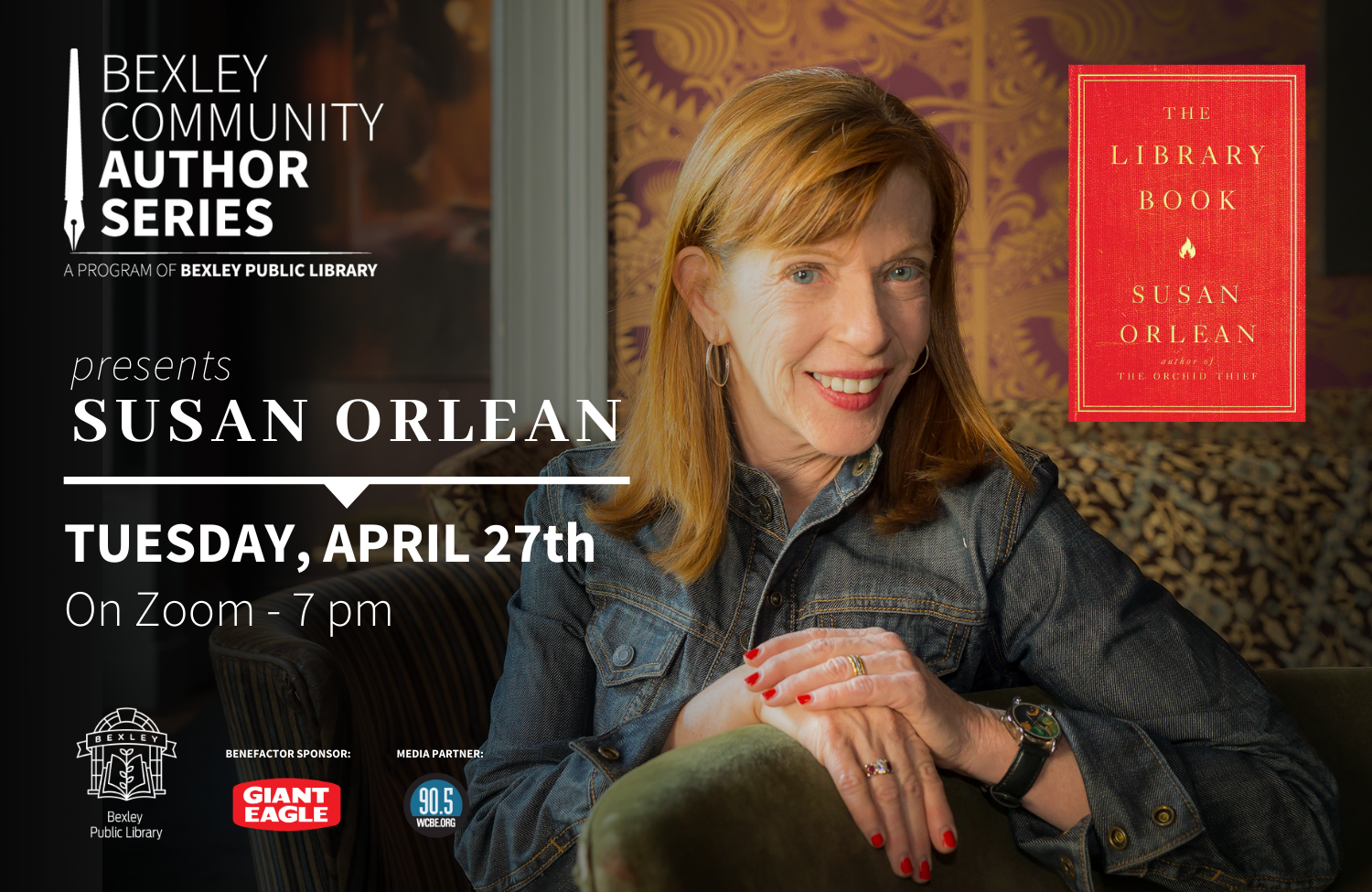 Join award-winning New Yorker reporter and New York Times bestselling author, Susan Orlean, as the featured guest for the 2021 Bexley Community Author Series. During the event, Ms. Orlean will reflect on her writing and career experiences, continue in conversation with Ivonne Garcia of the College of Wooster, and conclude with a question and answer session.

This program is hosted by Bexley Public Library in partnership with Gramercy Books, along with Bexley City Schools, the Bexley Community Foundation, and WCBE 90.5 FM. Tickets are free with registration through www.BexleyLibrary.org/bcas.

Orlean’s most recent book, The Library Book, weaves her lifelong love of books and reading into an investigation of the 1986 fire that destroyed hundreds of thousands of books at the Los Angeles Public Library. The result is a reflection on the past, present, and future of libraries in America that manages to tell the broader story of libraries and librarians in a way that has never been done before. Heralded as “a national treasure” by The Washington Post, The Library Book was an instant New York Times bestseller.

A staff writer at The New Yorker since 1992, Susan Orlean is the author of seven books, including Rin Tin Tin, Saturday Night, and The Orchid Thief, which inspired the Academy Award–winning film Adaptation. She is a former contributing editor at Rolling Stone and Vogue. She lives with her family and her animals in upstate New York.