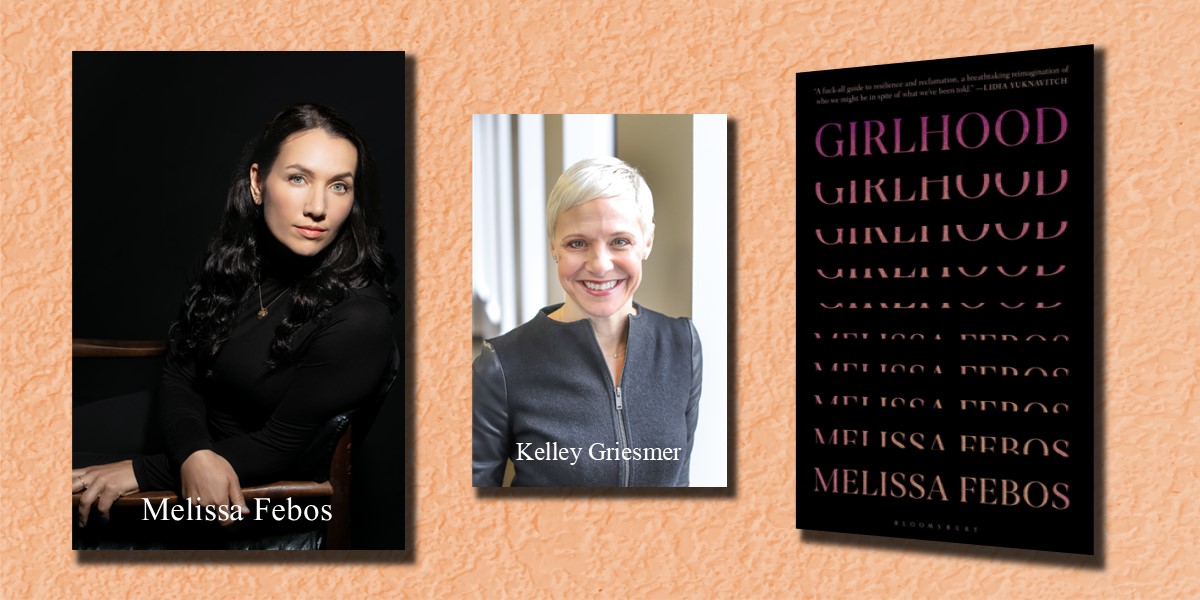 In her dazzling new essay collection, critically acclaimed author Melissa Febos examines the narratives women are told about what it means to be a girl and the realities of growing up female in a world that prioritizes the feelings, perceptions, and power of men at girls' expense. Join Febos, in conversation with The Women’s Fund CEO Kelley Griesmer, to discuss Girlhood, her poignant, universal story of the forces that shape girls, and of an America where women are rarely free to define themselves.

The Women’s Fund and Columbus School for Girls are Community Partners for this program.

Registration is on Eventbrite where you will receive login information and full instructions close to the event. A general admission ticket to access the event is $5; a ticket that includes Girlhood waives the admission fee and is $29. Registration closes at 5:00 pm on the day of the event.

Febos was eleven when her body began to change, and almost overnight, the way people spoke to, looked at, and treated her changed with it. As she grew, she defined herself based on these perceptions and by the romantic relationships she threw herself into headlong. But in her thirties, Febos began to question the stories she'd been told about herself and the habits and defenses she'd developed over years of trying to meet others' expectations. The values she and so many other women had learned in girlhood did not prioritize their personal safety, happiness, or freedom, and she set out to reframe those values and beliefs.

Blending investigative reporting, memoir, and scholarship, Febos charts how she and others like her have reimagined relationships and made room for the anger, hurt, and grief women have long been taught to deny. Fierce and breathtaking, written with Febos' characteristic lyricism and searing insights, Girlhood is an anthem for women, a powerful exploration of the forces that seek to confine them, and a searing study of the transitions into and away from girlhood on a lifelong journey of discovery.

Melissa Febos is the author of Whip Smart and Abandon Me, a Lambda Literary Award finalist and Publishing Triangle Award finalist. Her essays have appeared in Tin House, The Believer, The New York Times, and elsewhere. Febos is the inaugural winner of the Jeanne Córdova Prize for Lesbian/Queer Nonfiction from Lambda Literary and the recipient of fellowships from The MacDowell Colony, The BAU Institute, The Barbara Deming Foundation, Vermont Studio Center, Bread Loaf Writers’ Conference, The Lower Manhattan Cultural Council, and others. She is an associate professor at The University of Iowa, where she teaches in the Nonfiction Writing Program.

Kelley Griesmer serves as the President and CEO of The Women’s Fund of Central Ohio, a public foundation that is fiercely committed to igniting social change for the sake of gender equality. A bridge-builder with an unwavering commitment to gender equity, inclusivity and women’s and girls’ leadership, Griesmer has a proven track record of creating opportunities and sparking change for women, girls, and families in central Ohio. She holds a bachelor’s degree in journalism and history from Indiana University and a juris doctorate degree from The Ohio State University Moritz College of Law.