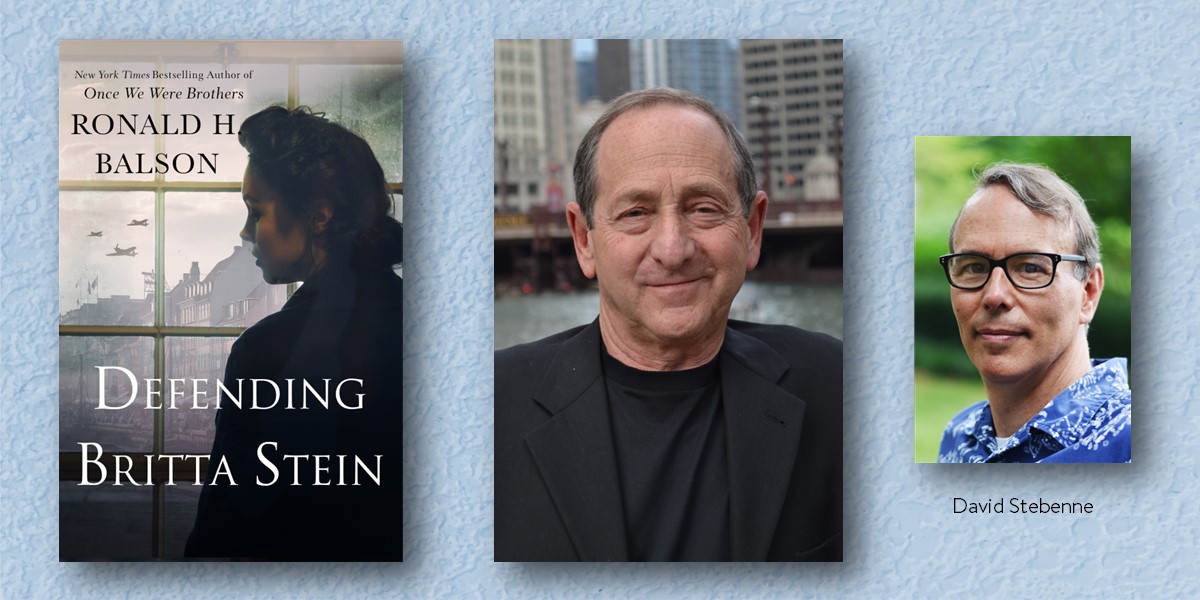 Join National Jewish Book Award winner Ronald H. Balson to learn about his latest legal thriller, Defending Britta Stein, a story of bravery, betrayal, and redemption. Ron will be in conversation with David Stebenne, Ohio State University professor of history and law and an expert in modern American political and legal history.

Registration for this virtual author conversation is on Eventbrite. A general admission ticket to access the event is $5. A ticket that includes the book purchase waives the fee and is $30, which includes tax. Please note that registration closes at 5 pm on the day of the program.

The Ohio State University Department of History, Columbus Bar Association, and JewishColumbus are Gramercy’s Community Partners for this program.

Chicago, 2018: Ole Henryks, a popular restauranteur, is set to be honored by the Danish/American Association for his many civic and charitable contributions. Frequently appearing on local TV, he is well known for his actions in Nazi-occupied Denmark during World War II—most consider him a hero.

Britta Stein, however, does not. The ninety-year-old Chicago woman levels public accusations against Henryks by spray-painting “Coward,” “Traitor,” “Collaborator,” and “War Criminal” on the walls of his restaurant. Mrs. Stein is ultimately taken into custody and charged with criminal defacement of property. She also becomes the target of a bitter lawsuit filed by Henryks and his son, accusing her of defamation and intentional infliction of emotional distress.

Attorney Catherine Lockhart, though hesitant at first, agrees to take up Mrs. Stein's defense. With the help of her investigator husband, Liam Taggart, Lockhart must reach back into wartime Denmark and locate evidence that proves Mrs. Stein's innocence. Defending Britta Stein is critically-acclaimed author Ronald H. Balson's thrilling take on a modern-day courtroom drama, and a masterful rendition of Denmark’s wartime heroics.

Ronald H. Balson is an attorney, professor, and writer. His novel The Girl From Berlin won the National Jewish Book Award and was the Illinois Reading Council's adult fiction selection for their Illinois Reads program. He is also the author of Eli’s Promise, Karolina's Twins, The Trust, Saving Sophie, and the international bestseller Once We Were Brothers. He has appeared on many television and radio programs and has lectured nationally and internationally on his writing. He lives in Chicago.

David Stebenne is a specialist in modern American political and legal history. He has published political commentary in The Conversation, the Huffington Post, The New Republic, The Observer, and Salon and has appeared on National Public Radio’s All Things Considered to discuss politics, the economy, and labor issues. A native of Rhode Island and Maryland, he teaches history and law at The Ohio State University.