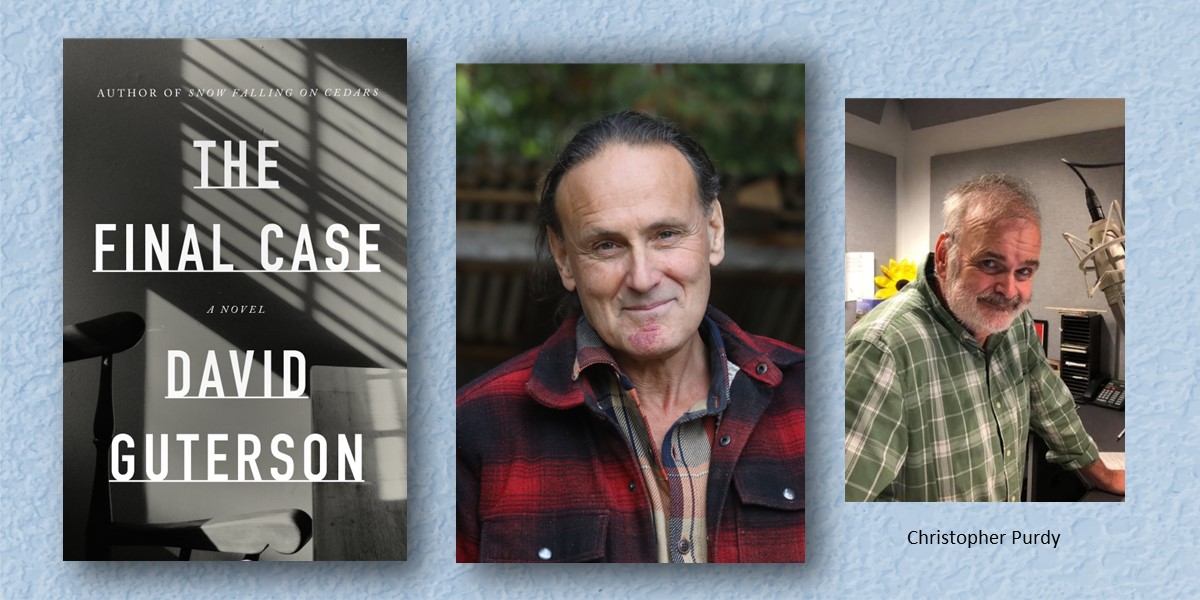 Registration is on Eventbrite for free general admission tickets, as well as admission that includes Guterson’s new novel and signed bookplate. Please note that registration closes at 5 pm the day of the program.

A girl dies one late, rainy night a few feet from the back door of her home. The girl, Abeba, was born in Ethiopia. Her adoptive parents, Delvin and Betsy Harvey—conservative, white fundamentalist Christians—are charged with her murder.

Royal, a Seattle criminal attorney in the last days of his long career, takes Betsy Harvey’s case. An octogenarian without a driver’s license, he leans on his son—the novel’s narrator—as he prepares for trial.

So begins The Final Case, a bracing, astute, and deeply affecting examination of justice and injustice—and familial love. A powerful literary thriller, the novel will linger with readers long after the final page.

David Guterson is the author of several novels: the national best seller Snow Falling on Cedars; East of the Mountains; Our Lady of the Forest, a New York Times Notable Book and a Los Angeles Times Best Book of the Year; The Other; and Ed King. He is also the author of two story collections, two books of poetry, a memoir, and the work of nonfiction Family Matters: Why Homeschooling Makes Sense. The recipient of a Guggenheim Fellowship, he lives in Washington state.

Christopher Purdy joined WOSU Public Media in 1992 and has hosted a variety of symphony and opera series on its Classical 101 station through the years. In 2019, he was named permanent weekday morning on-air host for Classical 101. Since 2010, Purdy has hosted the very popular All Sides Weekend: Books on the third Friday of each month, featuring a wide range of local and national authors.

The Final Case: A novel (Hardcover)