An Evening with #1 Bestselling Author Lisa Scottoline as she launches her sweeping World War II novel about the Italian Holocaust! 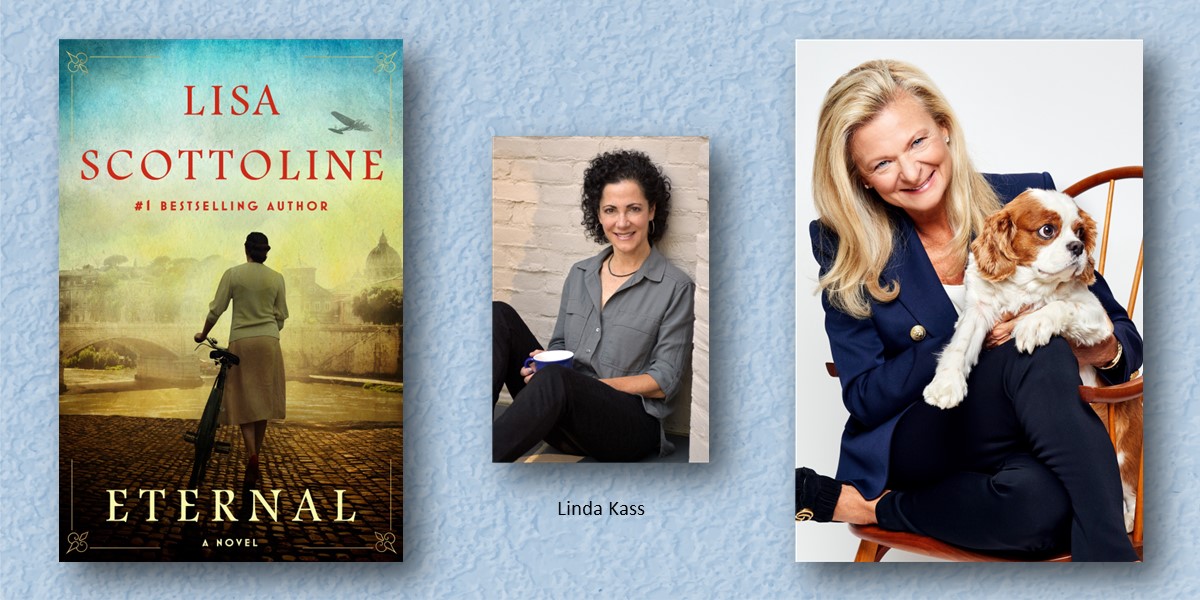 Join #1 bestselling author Lisa Scottoline to learn about her first historical novel, ETERNAL, a sweeping epic and emotional story of a love triangle set against the backdrop of Fascist Italy and the Italian Holocaust. Lisa will be in conversation with Gramercy Books owner and historical novelist Linda Kass.

Registration is on Eventbrite for this Zoom Webinar program. A general admission ticket to access the event is $5; a ticket that includes ETERNAL waives the admission fee and is $30 with tax. The first 50 registrants will receive a signed bookplate. Registration closes at 5:00 pm on the day of the event.

Elisabetta, Marco, and Sandro grow up as the best of friends despite their differences. Elisabetta is a feisty beauty who dreams of becoming a novelist; Marco the brash and athletic son in a family of professional cyclists; and Sandro a Jewish mathematics prodigy, kind-hearted and thoughtful, the son of a lawyer and a doctor. Their friendship blossoms to love, with both Sandro and Marco hoping to win Elisabetta's heart. But in the autumn of 1937, all of that begins to change as Mussolini asserts his power, aligning Italy's Fascists with Hitler's Nazis and altering the very laws that govern Rome. In time, everything that the three teenagers hold dear--their families, their homes, and their connection to one another--is tested in ways they never could have imagined.

Unfolding over decades, Eternal is a tale of loyalty and loss, family and food, love and war--all set in one of the world's most beautiful cities at its darkest moment. This moving novel will be forever etched in the hearts and minds of readers.

Lisa Scottoline is the New York Times-bestselling author of thirty-two novels. She has 30 million copies of her books in print in the United States and has been published in thirty-five countries. Lisa also writes a weekly column with her daughter for The Philadelphia Inquirer. She has served as President of Mystery Writers of America and has taught a course she developed, "Justice in Fiction" at the University of Pennsylvania Law School, her alma mater. She lives in the Philadelphia area.

Linda Kass began her career as a magazine writer and correspondent for regional and national publications. Her work has most recently appeared in Columbus Monthly, Full Grown People, The MacGuffin, Jewish Literary Journal, and Kenyon Review Online. She is the author of two historical World War II novels, both inspired by true events: A Ritchie Boy (September 2020) and Tasa’s Song (2016). A longtime civic leader in Columbus, Linda is the founder and owner of Gramercy Books, an independent bookstore in central Ohio.