An Evening with Acclaimed Novelist and Poet Moriel Rothman-Zecher! In Conversation with Ohioana Library’s David Weaver! 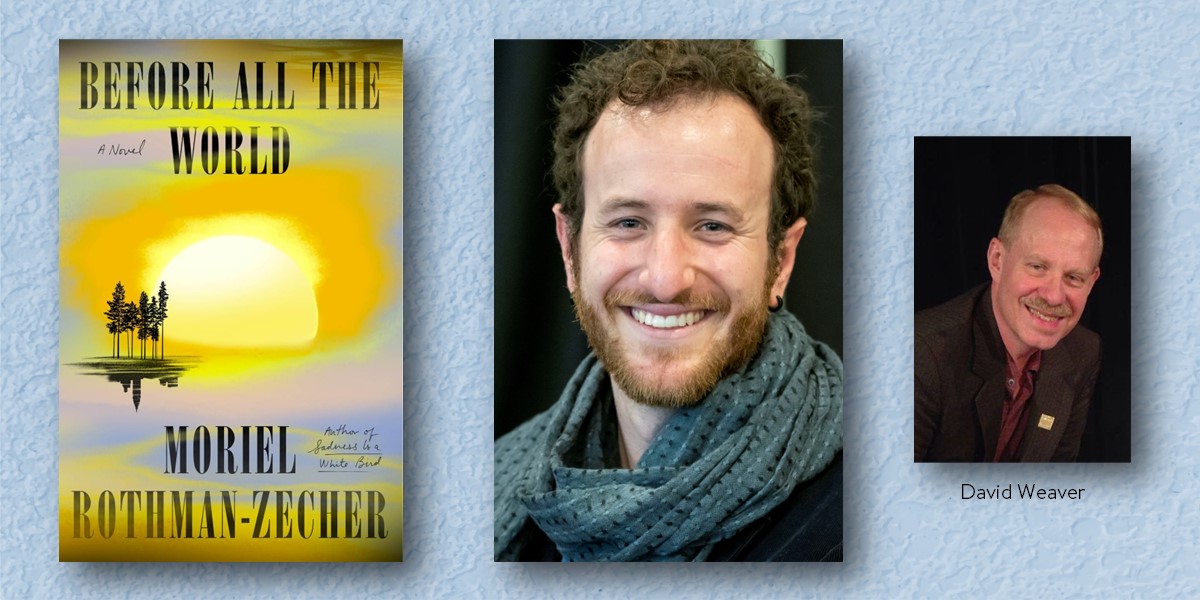 Join Jerusalem-born novelist and poet, Moriel Rothman-Zecher, as he launches Before All the World, a mesmerizing, inventive story of three souls in 1930s Philadelphia haunted by the past but looking to the future. Rothman-Zecher will be in conversation with David Weaver, Executive Director of the Ohioana Library.

Registration is on Eventbrite. The purchase of Before All the World, waives the $5 admission fee.

OHIOANA LIBRARY, JEWISHCOLUMBUS, and the JEWISH COMMUNITY CENTER OF GREATER COLUMBUS are Gramercy’s Community Partners for this in-store event.

In the swirl of Philadelphia at the end of Prohibition, Leyb meets Charles. They are at a former speakeasy called Cricket's, a bar that welcomes, as Charles says in his secondhand Yiddish, feygeles. Leyb is startled; fourteen years in amerike has taught him that his native tongue is not known beyond his people. And yet here is suave Charles, fingers stained with ink, an easy manner with the barkeep, a Black man from the Seventh Ward, a fellow traveler of Red Emma's, speaking Jewish to a young man he will come to call Lion.

Lion is haunted by memories of life before, in Zatelsk, where everyone in his village, everyone except the ten non-Jews, a young poet named Gittl, and Leyb himself, was taken to the forest and killed. And then, miraculously, Gittl is in Philadelphia, too, thanks to a poem she wrote and the intervention of a shadowy character known only as the Baroness of Philadelphia. And surrounding Gittl are malokhim, the spirits of her siblings.

Flowing and churning and seething with a glorious surge of language, carried along by questions of survival and hope and the possibility of a better world, Moriel Rothman-Zecher's Before All the World lays bare the impossibility of escaping trauma, the necessity of believing in a better way ahead, and the power that comes from our responsibility to the future. It asks, in the voices of its angels, the most essential question: What do you intend to do before all the world?

Moriel Rothman-Zecher is a Jerusalem-born novelist and poet. His first novel, Sadness Is a White Bird, was a finalist for the Dayton Literary Peace Prize and the National Jewish Book Award, the winner of the Ohioana Book Award, and longlisted for the Center for Fiction's First Novel Prize. Moriel's poetry and essays have been published in Barrelhouse, Colorado Review, The Common, The New York Times, The Paris Review's Daily, and ZYZZYVA, and he is the recipient of the National Book Foundation's '5 Under 35' Honor, two MacDowell Fellowships, and Yiddishkayt's Wallis Annenberg Helix Fellowship.

David Weaver has served as executive director of Ohioana Library since 2013. Before joining Ohioana’s staff in 2005 as development director, David held senior development positions with the WOSU Stations and the Columbus Symphony Orchestra. He also served as executive director of Malabar Farm Foundation and managing director of Columbus Light Opera, which he co-founded. David is the author of Black Diva of the Thirties: The Life of Ruby Elzy, published in 2004 by University Press of Mississippi. He attended Ohio State University and the University of Cincinnati, majoring in voice.

Before All the World: A Novel (Hardcover)