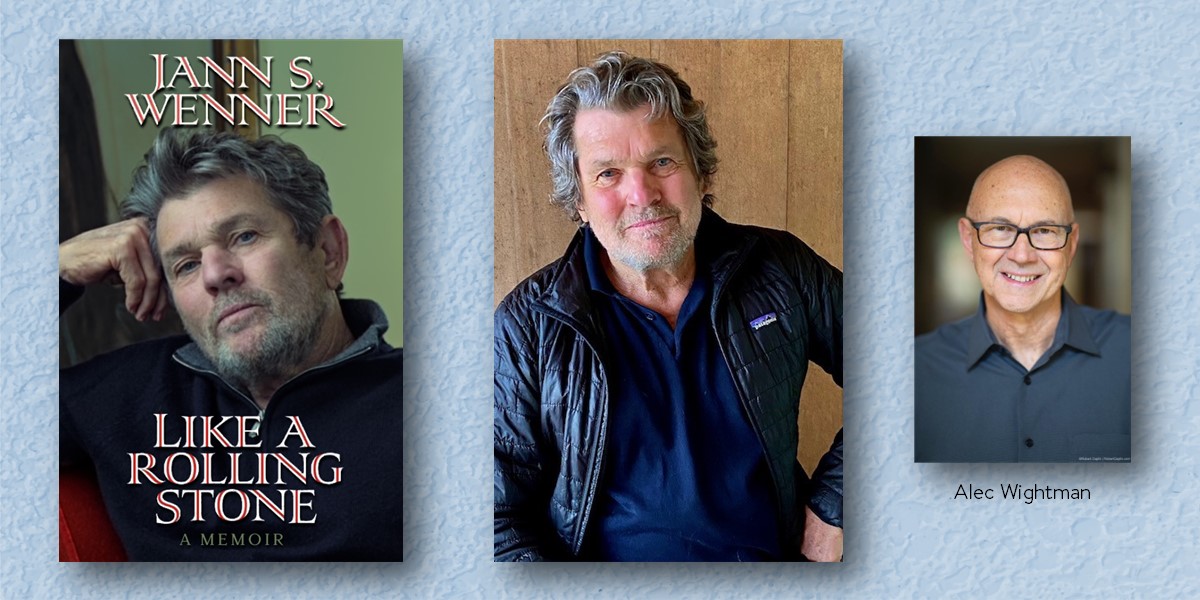 Called the “greatest editor of his generation,” Jann Wenner, founder of Rolling Stone magazine, will be in conversation with music devotee Alec Wightman about Jann’s beautifully written portrait of not just one man’s life, but the life of an entire generation, Like a Rolling Stone.

Registration is on Eventbrite. The purchase of Like a Rolling Stone waives the $10 admission ticket.

“If you were young, alone, and in the far lands of New Jersey, Rolling Stone was a dispatch from the front, carrying news of a bigger world and another life awaiting. Like A Rolling Stone is a touchingly honest memoir from a man who recorded and shaped our times and of a grand life well lived. It is wonderfully deep and rewarding reading. I loved it.”—Bruce Springsteen

Jann Wenner’s intensely personal memoir vividly describes and brings you inside the Rock and Roll Era—not just the music, but also the politics, the culture, the entire seismic generational change that swept America and beyond. As both a reporter and a player, Wenner writes with the clarity of a journalist and the private knowledge of an insider. He takes us into the life and work of his many friends – Bob Dylan, John Lennon, Mick Jagger, Bono, and Bruce Springsteen, to name a few. He was instrumental in the careers of Hunter S. Thompson, Tom Wolfe, and Annie Leibovitz. His journalistic and generational journey ended up in the Oval Office with his legendary interviews with Bill Clinton and Barack Obama, leaders to whom Rolling Stone gave its historic, full-throated backing.

Jann S. Wenner was born in New York City and raised in San Francisco and Marin County. He founded Rolling Stone in 1967. Over the ensuing decades, Rolling Stone won many awards for its design, photography, public service, and journalism, and was instrumental in launching the careers of many groundbreaking journalists and photographers.  A member of the Rock and Roll Hall of Fame, and the youngest inductee ever in the American Society of Magazine Editor’s Hall of Fame, Wenner lives in New York City and Idaho.

Alec Wightman’s passion and knowledge of music, particularly rock and roll, runs long and deep as revealed in his 2021 memoir, Music in My Life. By day, Alec is a partner in the national law firm, BakerHostetler. But during his free time, he promotes national act singer-songwriter concerts in Columbus, and he’s been doing that since 1995. He’s also a longtime member of the Rock and Roll Hall of Fame, where he served three years as Chair of the Board.