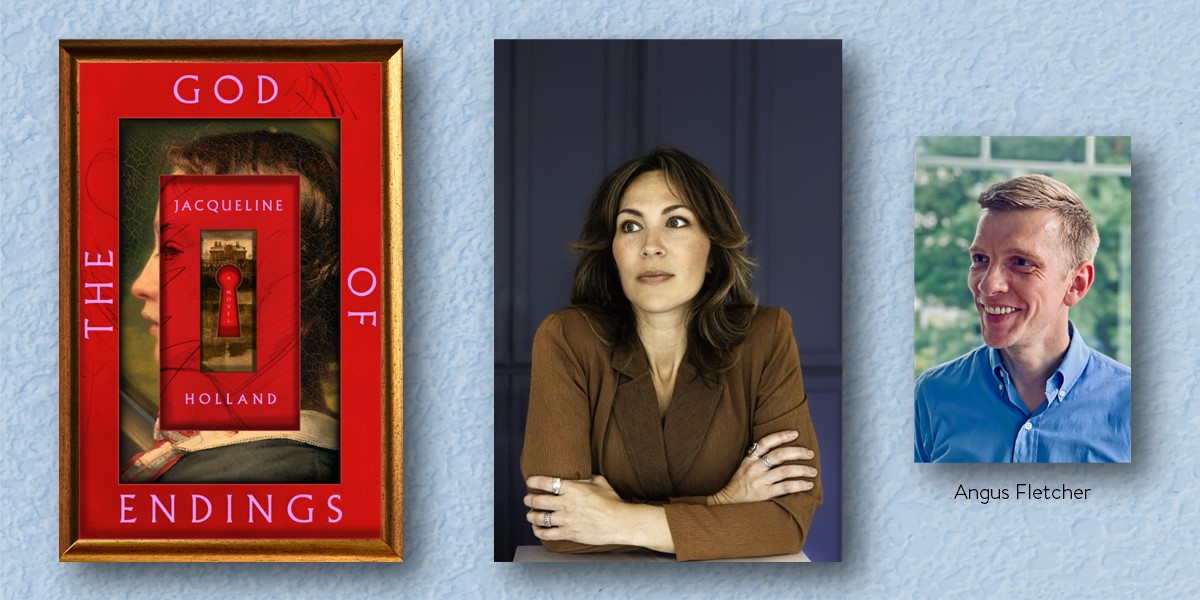 Join Jacqueline Holland and her breathtaking first novel, The God of Endings, in conversation with leading story scientist Angus Fletcher.

Registration is on Eventbrite, closing at 6:00 pm on the day of the event. The purchase of the book waives the $5 admission fee.

THE OHIO STATE UNIVERSITY DEPARTMENT OF ENGLISH is Gramercy’s Community Partner for this program.

Integrating elements of horror and fantasy, historical fiction, and domestic suspense, The God of Endings is a masterful, suspenseful, and centuries-sweeping tale that is told through the eyes of a lonely artist, who never wanted her immortality. The novel has been described as “Matt Haig’s How to Stop Time meets Amor Towles’ A Gentleman in Moscow meets V. E. Schwab's The Invisible Life of Addie LaRue.”

Collette LeSange is a lonely artist who heads an elite fine arts school for children in upstate New York. Her youthful beauty masks the dark truth of her life: she has endured centuries of turmoil and heartache in the wake of her grandfather’s long-ago decision to make her immortal like himself. Now in 1984, Collette finds her life upended by the arrival of a gifted child from a troubled home, the return of a stalking presence from her past, and her own mysteriously growing hunger.

Combining brilliant prose with breathtaking suspense, The God of Endings is a meditation on the meaning of family, love, and art, and serves as a larger exploration of the human condition in all its complexity, asking us the most fundamental question: is life in this world a gift or a curse?

Jacqueline Holland is a recent graduate of the MFA program in creative writing at the University of Kansas. Her short fiction has been published in Hotel Amerika, Flash Fiction Magazine, and Big Fiction Magazine. She was selected as a top-twenty-five finalist for Glimmer Train's Short Story Award for New Writers, as well as Sequestrum Magazine's New Writers Award.

Angus Fletcher is the author of Wonderworks: Literary Invention and the Science of Stories. He is a professor of story science at Ohio State’s Project Narrative, the world’s leading academic think-tank for the study of stories. He has dual degrees in neuroscience and literature, received his PhD from Yale, taught Shakespeare at Stanford, and has published two books and dozens of peer-reviewed academic articles on the scientific workings of novels, poetry, film, and theater. His research has been supported by the National Science Foundation, the Mellon Foundation, and the Academy of Motion Picture Arts and Sciences. He has done story-consulting for projects for Sony, Disney, the BBC, Amazon, PBS, and Universal, and is the author/presenter of the Audible/Great Courses Guide to Screenwriting.

The God of Endings: A Novel (Hardcover)