An Evening With Pulitzer Prize-Winning, Bestselling Author of EVICTED, Matthew Desmond, In Conversation with Ann Fisher! 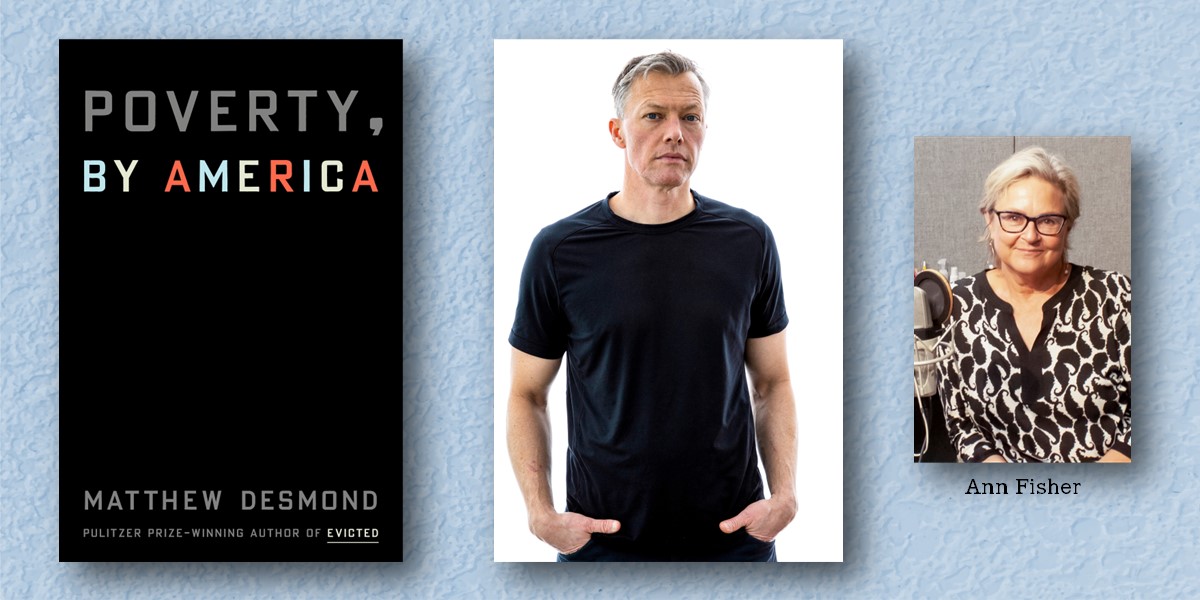 Join Pulitzer Prize-winning and bestselling author of Evicted, Matthew Desmond, for the launch of  Poverty, by America, one of the most anticipated books of 2023 by TIME. Desmond will be in conversation with WOSU Public Media’s Ann Fisher.

Registration is on Eventbrite. A ticket includes a copy of Poverty, by America and is $30 with tax. Complimentary tickets can be reserved, pending availability, for those for whom price is a barrier by calling Gramercy Books (614) 867-5515.

Desmond reimagines the debate on poverty, making a new and bracing argument about why it persists in America: because the rest of us benefit from it.

The United States, the richest country on earth, has more poverty than any other advanced democracy. Why? Why does this land of plenty allow one in every eight of its children to go without basic necessities, permit scores of its citizens to live and die on the streets, and authorize its corporations to pay poverty wages?

In this landmark book, acclaimed sociologist Matthew Desmond draws on history, research, and original reporting to show how affluent Americans knowingly and unknowingly keep poor people poor. Those of us who are financially secure exploit the poor, driving down their wages while forcing them to overpay for housing and access to cash and credit. We prioritize the subsidization of our wealth over the alleviation of poverty, designing a welfare state that gives the most to those who need the least. And we stockpile opportunity in exclusive communities, creating zones of concentrated riches alongside those of concentrated despair. Some lives are made small so that others may grow.

Elegantly written and fiercely argued, this compassionate book gives us new ways of thinking about a morally urgent problem. It also helps us imagine solutions. Desmond builds a startlingly original and ambitious case for ending poverty. He calls on us all to become poverty abolitionists, engaged in a politics of collective belonging to usher in a new age of shared prosperity and, at last, true freedom.

Matthew Desmond is the Maurice P. During Professor of Sociology at Princeton University and the founding director of the Eviction Lab. His last book, Evicted: Poverty and Profit in the American City, won the Pulitzer Prize, the National Book Critics Circle Award, and the PEN/John Kenneth Galbraith Award, among others. The recipient of a MacArthur Fellowship, Desmond is also a contributing writer for The New York Times Magazine.

Ann Fisher is the host and executive producer of All Sides with Ann Fisher. She joined WOSU Public Media in 2009 after nearly 30 years in the newspaper business, covering politics, public affairs, culture, media, and business over the course of her career at The Grand Rapids Press, The Blade in Toledo, and Columbus Dispatch. A native of Michigan, Ann earned a B.S. in journalism at Michigan State University and lives in Worthington with her husband, Jeff Martin, and son, Liam.