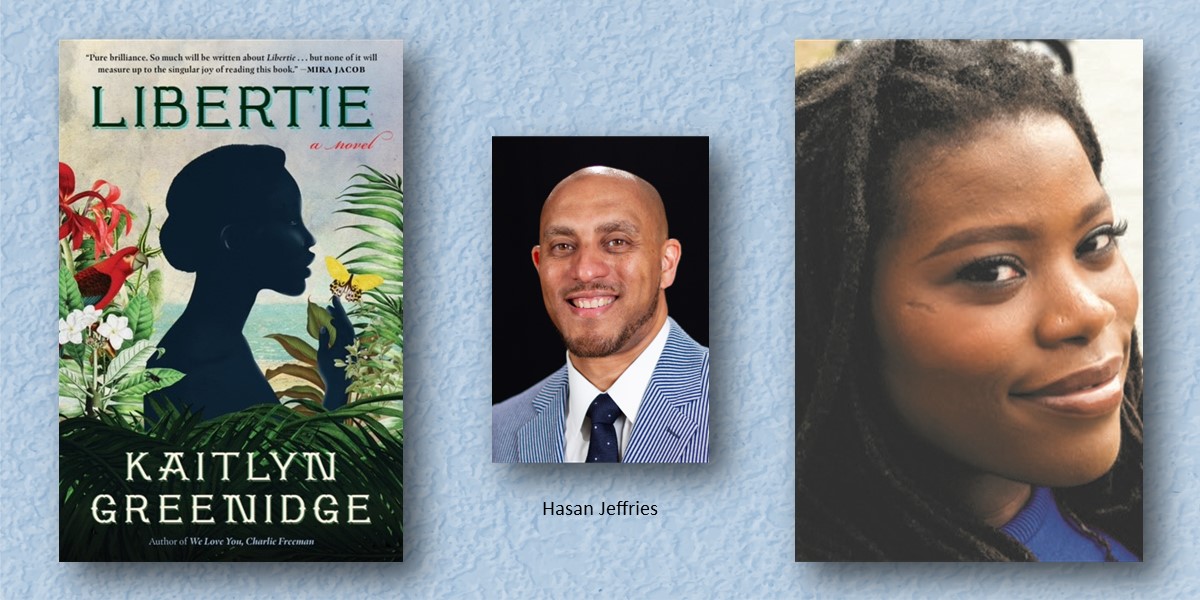 Critically acclaimed novelist Kaitlyn Greenidge will join Gramercy Book Club participants after the discussion of her latest novel, Libertie, a captivating story inspired by the life of one of the first Black female doctors in the United States and a soaring exploration of freedom. Hasan Jeffries, distinguished history professor at The Ohio State University and an expert in African American history, particularly around the Civil Rights era, will moderate the group discussion and interview Greenidge, a contributing writer for The New York Times. The event will be hosted on the Zoom Meeting platform.

Registration for this book club discussion is on Eventbrite, where you will receive login information and full instructions. A general admission ticket to access the event is $5. A ticket that includes a copy of Libertie waives the fee and is $29 with tax. Please note that registration closes at 5 pm on the day of the program.

Coming of age as a free-born Black girl in Reconstruction-era Brooklyn, Libertie Sampson was all too aware that her purposeful mother, a practicing physician, had a vision for their future together: Libertie would go to medical school and practice alongside her. But Libertie, drawn more to music than science, feels stifled by her mother’s choices and is hungry for something else—is there really only one way to have an autonomous life? And she is constantly reminded that, unlike her mother who can pass, Libertie has skin that is too dark. When a young man from Haiti proposes to Libertie and promises she will be his equal on the island, she accepts, only to discover that she is still subordinate to him and all men. As she tries to parse what freedom actually means for a Black woman, Libertie struggles with where she might find it—for herself and for generations to come.

Inspired by the life of one of the first Black female doctors in the United States and rich with historical detail, Kaitlyn Greenidge’s new novel resonates in our times and is perfect for readers of Brit Bennett, Min Jin Lee, and Yaa Gyasi.

Kaitlyn Greenidge's debut novel, We Love You, Charlie Freeman, was one of the New York Times Critics’ Top 10 Books of 2016 and a finalist for the Center for Fiction First Novel Prize. She is a contributing writer for the New York Times, and her writing has also appeared in Vogue, Glamour, the Wall Street Journal, and elsewhere. She is the recipient of fellowships from the Whiting Foundation, the National Endowment for the Arts, and the Radcliffe Institute for Advanced Study. Greenidge lives in Brooklyn, New York.

Hasan Jeffries is a distinguished history professor at The Ohio State University and an expert in African American history. He is the editor of Understanding and Teaching the Civil Rights Movement, and author of Bloody Lowndes: Civil Rights and Black Power in Alabama’s Black Belt. He has received several fellowships in support of his research, including a Ford Foundation Post-Doctoral Fellowship. He has also regularly shared his expert knowledge of African American history and contemporary black politics with the general public through lectures, teacher workshops, and frequent media appearances, including his powerful TEDxTalk, “Confronting Hard History.”