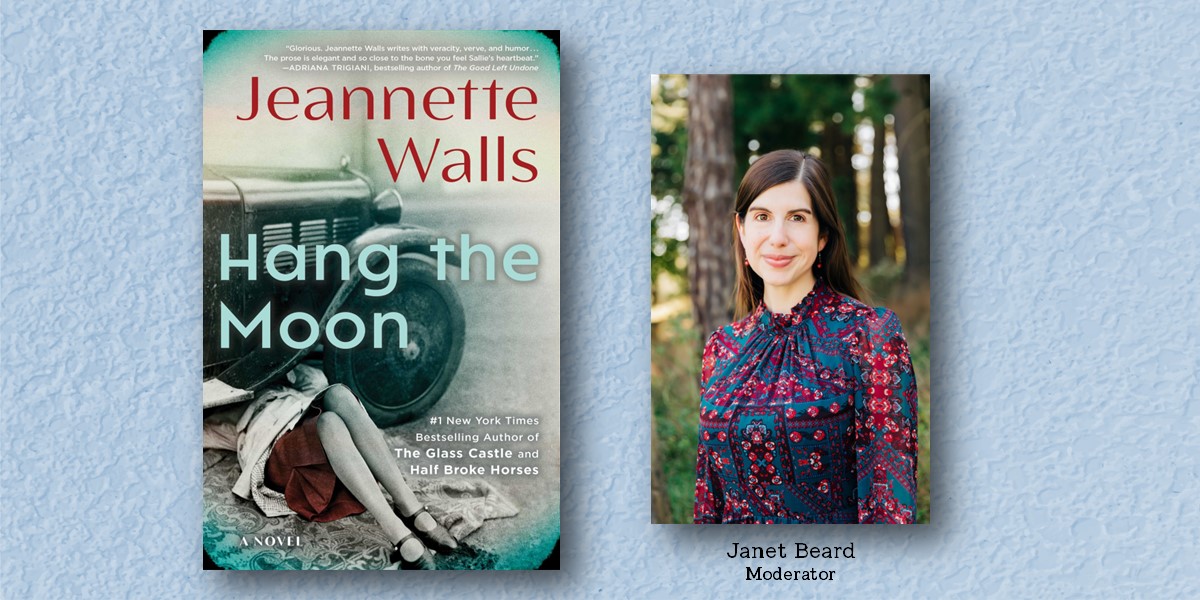 From the #1 New York Times bestselling author of The Glass Castle, Jeannette Walls, Hang the Moon is Gramercy’s Book Club selection for May. A riveting story about an indomitable young woman in Virginia during Prohibition, the book discussion will be facilitated by historical novelist Janet Beard.

Kittie’s will be open only to attendees, beginning at 5:00 pm, with beverages and sweet and savory snacks available for purchase. The book discussion begins at 6:30 pm.

Registration is on Eventbrite. A ticket to this program includes a copy of Hang the Moon at a 15% discount. It is strongly encouraged that registrants read the book prior to the program.

Most folk thought Sallie Kincaid was a nobody who’d amount to nothing. Sallie had other plans.

Sallie Kincaid is the daughter of the biggest man in a small town, the charismatic Duke Kincaid. Born at the turn of the 20th century into a life of comfort and privilege, Sallie remembers little about her mother who died in a violent argument with the Duke. By the time she is just eight years old, the Duke has remarried and had a son, Eddie. While Sallie is her father’s daughter, sharp-witted and resourceful, Eddie is his mother’s son, timid and cerebral. When Sallie tries to teach young Eddie to be more like their father, her daredevil coaching leads to an accident, and Sallie is cast out.

Nine years later, she returns, determined to reclaim her place in the family. That’s a lot more complicated than Sallie expected, and she enters a world of conflict and lawlessness. Sallie confronts the secrets and scandals that hide in the shadows of the Big House, navigates the factions in the family and town, and finally comes into her own as a bold, sometimes reckless bootlegger.

Sallie Kincaid is a feisty and fearless, terrified and damaged young woman who refuses to be corralled, and who Publishers Weekly in its starred review calls “an indelible hero.”

Born and raised in East Tennessee, Janet Beard studied screenwriting at NYU and went on to earn an MFA in creative writing from The New School. She is the bestselling author of The Atomic City Girls and The Ballad of Laurel Springs.

Hang the Moon: A Novel (Hardcover)