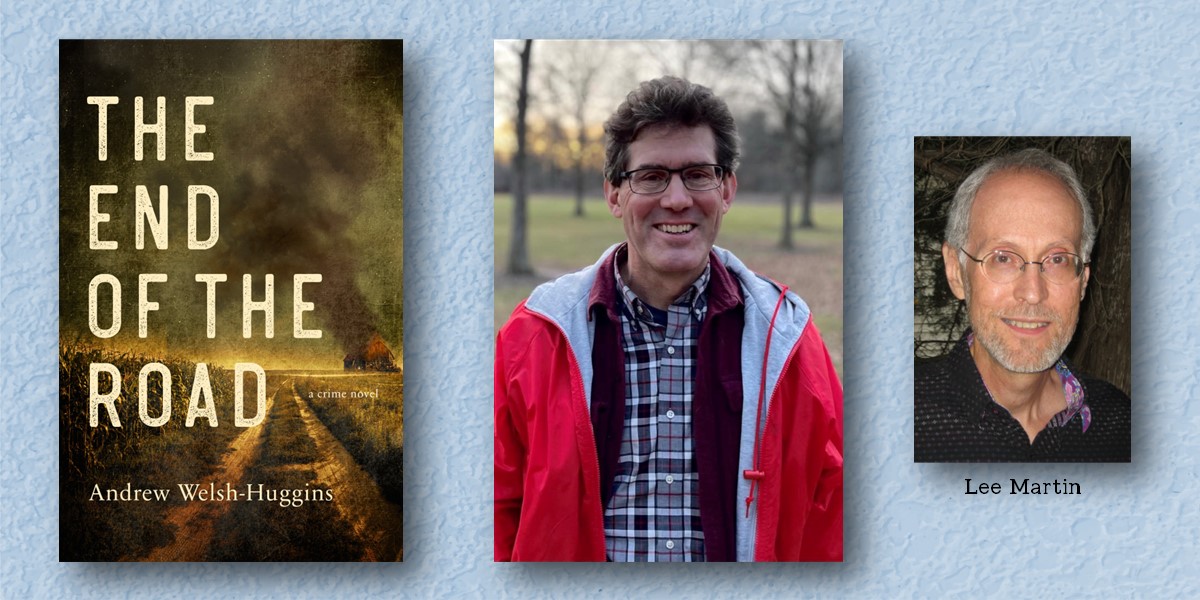 Join freelance writer and novelist Andrew Welsh-Huggins to learn about The End of the Road, his fast-paced thriller about a woman's quest to avenge her boyfriend's shooting. Welsh-Huggins will be in conversation with acclaimed writer Lee Martin.

Registration is on Eventbrite. The purchase of The End of the Road waives the $5 admission fee. Registration closes at 6 pm the day of the event.

A bank robber tries to leave behind his life of crime after serving his time. But getting out isn’t so easy.

Myles’s courtroom testimony should have put Pryor, their one-eyed ringleader, behind bars after the bank robbery gone wrong, yet somehow Pryor got off scot-free while Myles served time. In this crime novel based loosely on Homer's Odyssey, the newly freed Myles decides he is done with his life of wrongdoings—a change that will only be possible if he can kill Pryor and turn over a new leaf. Pryor has other ideas, and the collision between these two deadly forces soon leaves the ex-con in critical condition, clinging to life in a hospital bed.

With Myles in recovery, it’s up to his girlfriend Penny to avenge her lover and salvage their chance at normalcy. As Pryor and his cronies prepare for their biggest score yet–targeting a vulnerable small-town Ohio bank on a day when Amish farmers arrive with hefty cash deposits–Penny is hot on their heels. But is she prepared for the carnage Pryor will gleefully wreak on the path to his prize?

With characters as sharply drawn as those in a Dennis Lehane novel and a rich Midwestern setting, The End of the Road is a fast-paced rural noir that announces Andrew Welsh-Huggins as one of the most powerful voices in the mystery world.

Lee Martin is the Pulitzer Prize finalist author of The Bright Forever, and six other novels, most recently The Glassmaker’s Wife. He has also published three memoirs and two short story collections, most recently The Mutual UFO Network, in addition to the craft book, Telling Stories. His fiction and nonfiction have appeared in such places as Harper’s, Ms., The Best American Essays, The Best American Mystery Stories, Creative Nonfiction, The Georgia Review, The Kenyon Review, among others. He is the winner of the Mary McCarthy Prize in Short Fiction and fellowships from the National Endowment for the Arts and the Ohio Arts Council. A native Midwesterner, he teaches in the MFA Program at The Ohio State University.

The End of the Road (Hardcover)