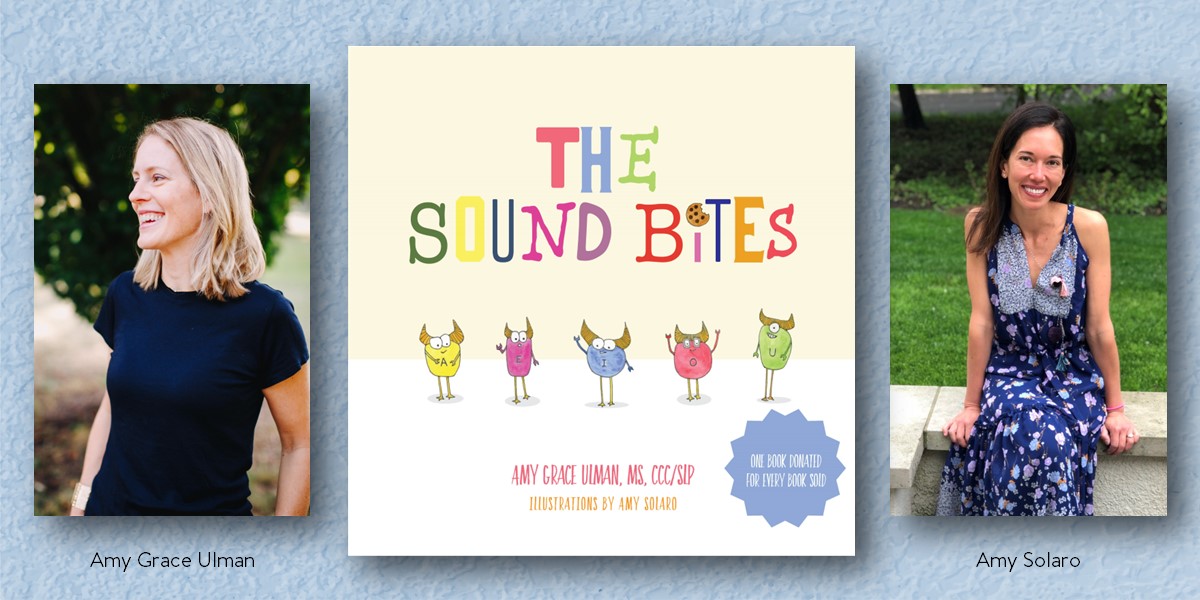 Join author and speech-language pathologist Amy Grace Ulman and illustrator Amy Solaro for an outdoor book signing for their launch of THE SOUND BITES, an engaging read-aloud picture book for kids and their caregivers that makes reading development both fun and meaningful.

THE SOUND BITES is a clever tool for kids and their caregivers during those critical early years of childhood development. Embedded within this scrumptious tale is a focus on the twenty-four consonant sounds used in English, presented in the order in which children typically acquire those sounds. The witty alliteration enhances phonological awareness (thinking about and manipulating parts of language) and facilitates phonemic awareness (focusing on and playing with individual speech sounds). Phonemic awareness is not only a building block for learning to speak, but also the foundation for learning to read.

THE SOUND BITES is written for the mainstream population and highlights typical sound development across the ages birth to 8 years.

Amy Grace Ulman is a licensed, ASHA certified, speech-language pathologist who has spent nearly two decades working as a SLP in the medical setting. It was her experience as a mom that inspired her to pivot from clinical work and layer her professional expertise with creative writing to author THE SOUND BITES. She and her husband, Doug, live in Columbus, Ohio, where she currently serves as Chief Operating Officer of their children, Clara and Sam. According to the Sound Bites, Amy Grace’s homemade granola is under consideration for an honorary spot on the Kids’ Menu.

Amy Solaro was raised in Reno, Nevada and spent her young adulthood in Los Angeles and San Francisco. She currently resides in Columbus, Ohio with her husband, two young sons, and their French bulldog, Pete. When she’s not drawing, she can usually be found attempting to steal French fries from her kids’ plates.