A Summer Lunch at GIUSEPPE'S with LOUIS BAYARD and “JACKIE & ME!” 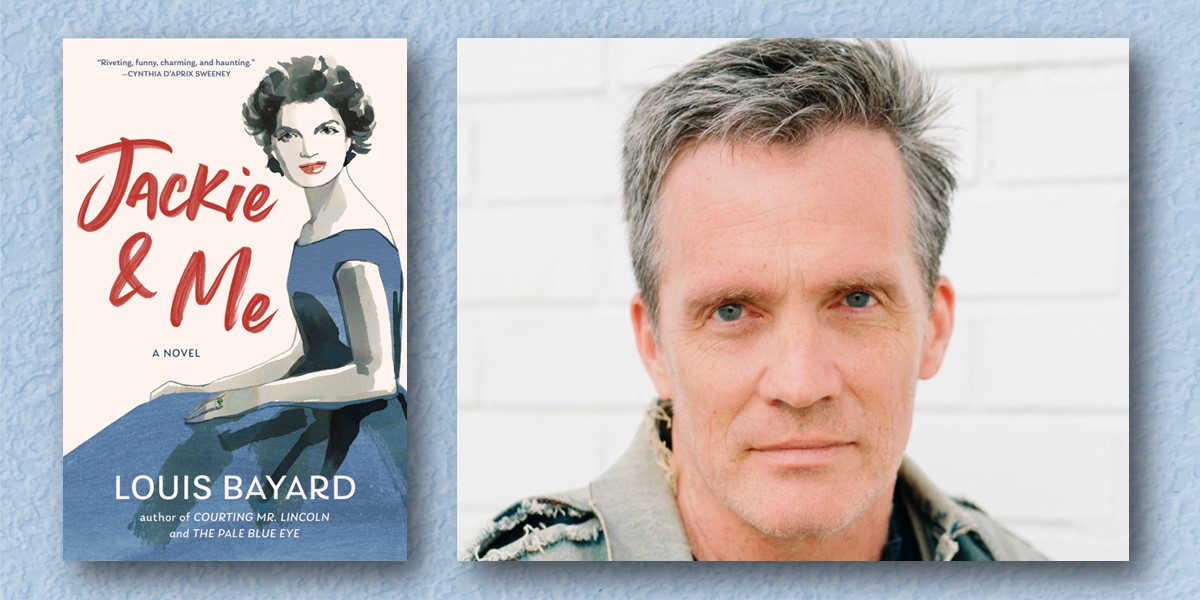 Join bestselling author Louis Bayard for a delicious lunch at Giuseppe’s Ritrovo and learn more about Jackie & Me, his brilliantly wrought, witty, and sensitive novel about the young Jacqueline Bouvier before she became that Jackie—and about a marriage that almost never happened!

A limited number of tickets at $50 available through Eventbrite will include lunch, the author talk, and Bayard’s novel (including tax), which he will sign after the program.

To ensure the safety for all, Gramercy Books requires proof of vaccination, or a recent negative COVID-19 test, to attend.

In the spring of 1951, debutante Jacqueline Bouvier, working as the Inquiring Photographer for the Washington Times-Herald, meets Jack Kennedy, a charming Congressman from a notorious and powerful family, at a party in Washington, DC. Young, rebellious, eager to break free from her mother, Jackie is drawn to the elusive young politician, and soon she and Jack are bantering over secret dinner dates and short work phone calls. Jack, busy with House duties during the week and Senate campaigning on the weekend (as well as his other now-well-known extracurricular activities) convinces his best friend and fixer, Lem Billings, to court Jackie on his behalf. Only gradually does Jackie begin to realize that she is being groomed to be the perfect political wife, whether Jack is interested in settling down or not.

Taking place mostly during the spring and summer before Jack and Jackie’s wedding, and narrated by an older Lem as he looks back at his own relationship with the Kennedys and his role in this complicated marriage, Jackie & Me is a searching story about a young woman of a certain class with narrow options, two people who loved each other, and two people who realized too late that they devoted their lives to Jack at their own expense.

Sharply written, steeped in the era and with witty appearances by members of the extended Kennedy clan, this is Jackie as never before seen, in a story about love, sacrifice, friendship, and betrayal.

Louis Bayard is a New York Times Notable Book author and has been shortlisted for both the Edgar and Dagger awards for his historical thrillers, which include The Pale Blue Eye and Mr. Timothy. His most recent novel was the critically acclaimed Courting Mr. Lincoln. He lives in Washington, DC, and teaches at George Washington University.